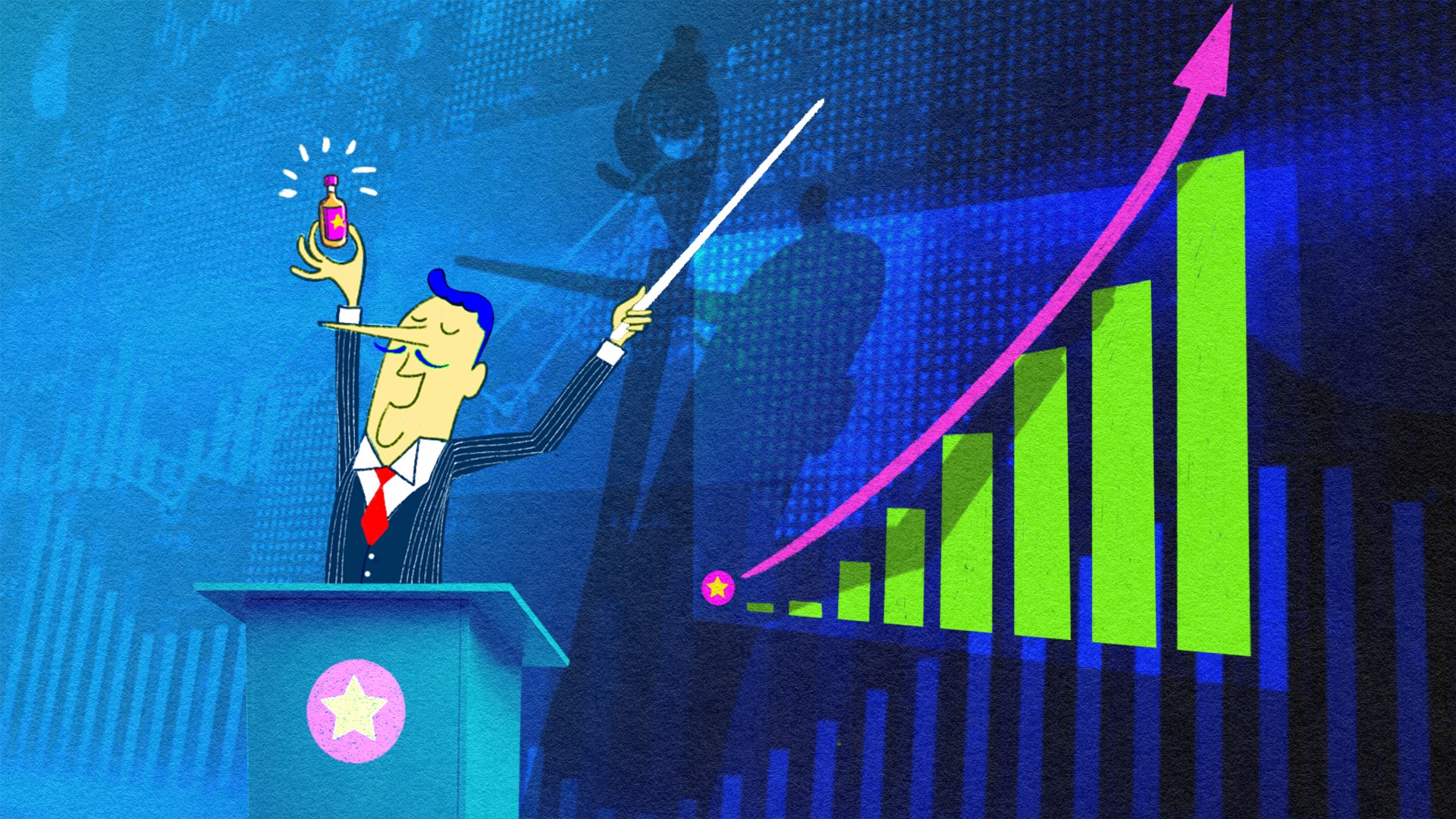 Ever get the urge to chase a hot stock? Be sure to do some research. In the three stories below, what many thought was an easy treat, turned out to be a trick. 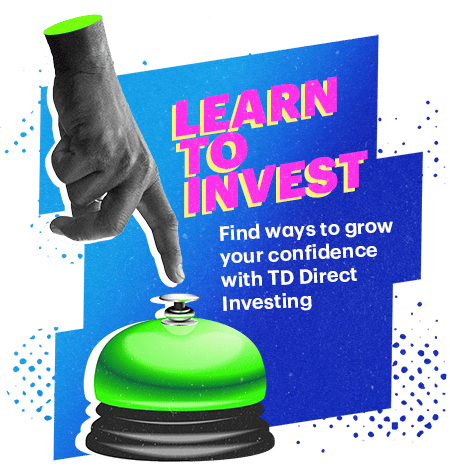 Gather round friends. We’ve got some spooky tales of investors getting wildly excited and piling everything into a stock only to find it’s not all it’s cracked up to be. Are we talking about the latest meme stock? No. Crypto? Nope. These tales are spookier yet because they predate our smartphones.

What draws investors to such spine-chilling situations? Sometimes “the anticipation of a big reward can cloud our judgement,” says Anthony Damtsis, Manager, Behavioural Finance at TD Wealth. As part of his role, Damtsis studies the overlap between psychology and economics to understand why people’s behaviour — our so-called biases — make us prone to certain financial decisions.

There are biases that can help us decide which scary movie will be the best (the one with the longest line-up outside the cinema, of course) but also biases can lead us to buy into an unproven investment. Three in particular — confirmation bias, optimism bias and the messenger effect — can trip even clever investors when chasing speedy profits.

The three spooky tales below each involve hot stocks of their era. But we’ve seen similar behaviours occurring more recently with meme stocks and more. It can be easy to get caught up in the hype — especially when hoping for a big win. “The anticipation piece is our fast brain,” says Damtsis. Instead, he says we need to slow down, do our due diligence and research to “activate our slow brain, our rational thinking, to find where we might be wrong.”

Read on to learn how each of these biases played out in tales of the past:

Spooky Tale No.1: The case of the empty mine

In 1995, Calgary-based Bre-X Minerals claimed to have struck gold. And not a moment too soon. Shortly after the struggling mining firm finalized the purchase of a new mining site in Indonesia, it announced that large amounts of gold had been discovered. What was once a penny stock skyrocketed as reports of the size of the gold deposit grew. From its initial public offering (IPO) of 30 cents in 1989, the stock soared to a peak of $286 in 1996. Pension funds, banks and individuals across the country all piled in.

Here’s what was happening behind the scenes: When initial drilling was conducted in 1994, geologist Michael de Guzman added gold from his wedding ring to crushed core samples. He used realistic ratios, so no one suspected the data. Over the next couple of years, he would buy gold from locals to continue mixing in samples, a process miners call salting.

At this point, Bre-X appeared to be thriving. Many other major mining companies expressed interest and even managed to snag shares. The unraveling came in 1997, when American mining company Freeport McMoRan committed to purchasing 15% of Bre-X. In conducting due diligence at the mine site, Freeport was shocked to find “insignificant amounts of gold.” Shortly thereafter, geologist De Guzman — on his way to meet Freeport’s team — mysteriously fell from his helicopter. His death was ruled a suicide. Bre-X shares began to crash, devastating investors. Canadian pension funds faced huge losses — the Ontario Teacher’s Pension Plan, for instance, lost $100 million. Tragically, there were also reports of investor suicide as a result of the sharp drop in Bre-X’s value. Later that year, reports confirmed there wasn’t any gold at the mine after all.

What did investors learn?
Confirmation bias is real. With corporations and other investors onboard, everything seemed to confirm that Bre-X would guarantee returns on an investment.

We should be wary when we only seek facts and information that support our views.

Spooky Tale No. 2: The case of the hollow bubble

Nortel Networks Inc. began as a telephone equipment manufacturer for Bell Canada in the 19th century. A century later, as the world turned to Silicon Valley for technological innovation, this global giant pivoted from manufacturing to data networking. Nortel acquired several internet start-ups in the late 1990s. The firm was touted for its ability to make smart acquisitions and its stock price soared despite the company failing to report profits. Turns out, the acquisitions weren’t money-makers but really just large expenses.

Thanks to some very questionable accounting moves, Nortel was able to disguise its acquisition expenses and hide its losses. At the time, Nortel management convinced investors that the new numbers offered a better way to account for the growth prospects. Investors liked what they heard and helped the stock climb to $124.50 at its peak. At one point, Nortel represented more than a third of the Toronto Stock Exchange 300 Index and was the ninth most valuable company in the world.

Then the dot-com bubble popped and demand for Nortel’s products diminished. The company could no longer hide its very weak financial position. By 2002, the stock had plummeted to $3.00, and the company declared bankruptcy. Investors, pensions funds and Nortel employees saw their personal savings and millions of dollars vaporize from their accounts. Nortel faced both criminal and civil charges. The whole process moved slowly through the courts. And although Nortel paid US$35 million to the U.S. Securities and Exchange Commission to settle civil charges, nine years after heading to court, Nortel’s top executives were acquitted of all criminal charges.

What did investors learn?
When we over-weight positive outcomes and discount negative ones, that’s optimism bias. The internet was the future — and Nortel had a history of design innovation. Everyone thought the acquisitions were the right moves. After all, the company had spent many decades building trust and credibility. Investors were optimistic the stock would only go up — but it turned into a very expensive lesson.

Spooky Tale No.3: The mystery of melting profits

The chilling tale of Sextant Strategic Opportunities Hedge Fund takes us to a cold place in the late 2000s.

Sextant lured wealthy, so-called “knowledgeable” investors with the promise of owning icebergs. At the time, consumers were increasingly buying bottled water instead of getting it from the tap, so the idea of investing in a company that sold premium glacier water sounded appealing. After an initial investment of $22 million, Sextant reported a 170% return within a year. The fund even won an investment industry award for best performance in 2007. This led to big payouts for Sextant insiders, making them rich.

Too good to be true? You bet! A routine Ontario Securities Commission (OSC) audit revealed that Sextant controlled the glacier companies. To investors, it looked as if Sextant was making a smart investment choice. Little did they know, the hedge fund had inflated the values of Iceland Glacier Products — the company it owned — and taken millions of dollars in fees, but the glacier companies were never profitable.

The story of Sextant didn’t garner many headlines. All those “sophisticated” investors weren’t so keen to admit they’d been duped. Moreover, news of the Sextant fraud broke the same week as the Bernie Madoff scandal. That US$65 billion Ponzi scheme stole the spotlight.

What did investors learn?
We put a lot of trust in the opinions of friends and authority figures. Psychologists call this the messenger effect. The investors who trusted Sextant with their money persuaded each other that owning part of the earth’s purest water was a no-brainer. How could you not invest?

In each of these three tales, all three biases were present simultaneously, according to Damtsis. “One thing leads to another, and it creates this feedback loop of poor decision making,” he says. “The good news is, there are ways to combat that.”

How can I beat these biases?

The bottom line: Check your biases — we’ve all got ‘em! Being aware of your blind spots can help prevent you from making an expensive mistake. 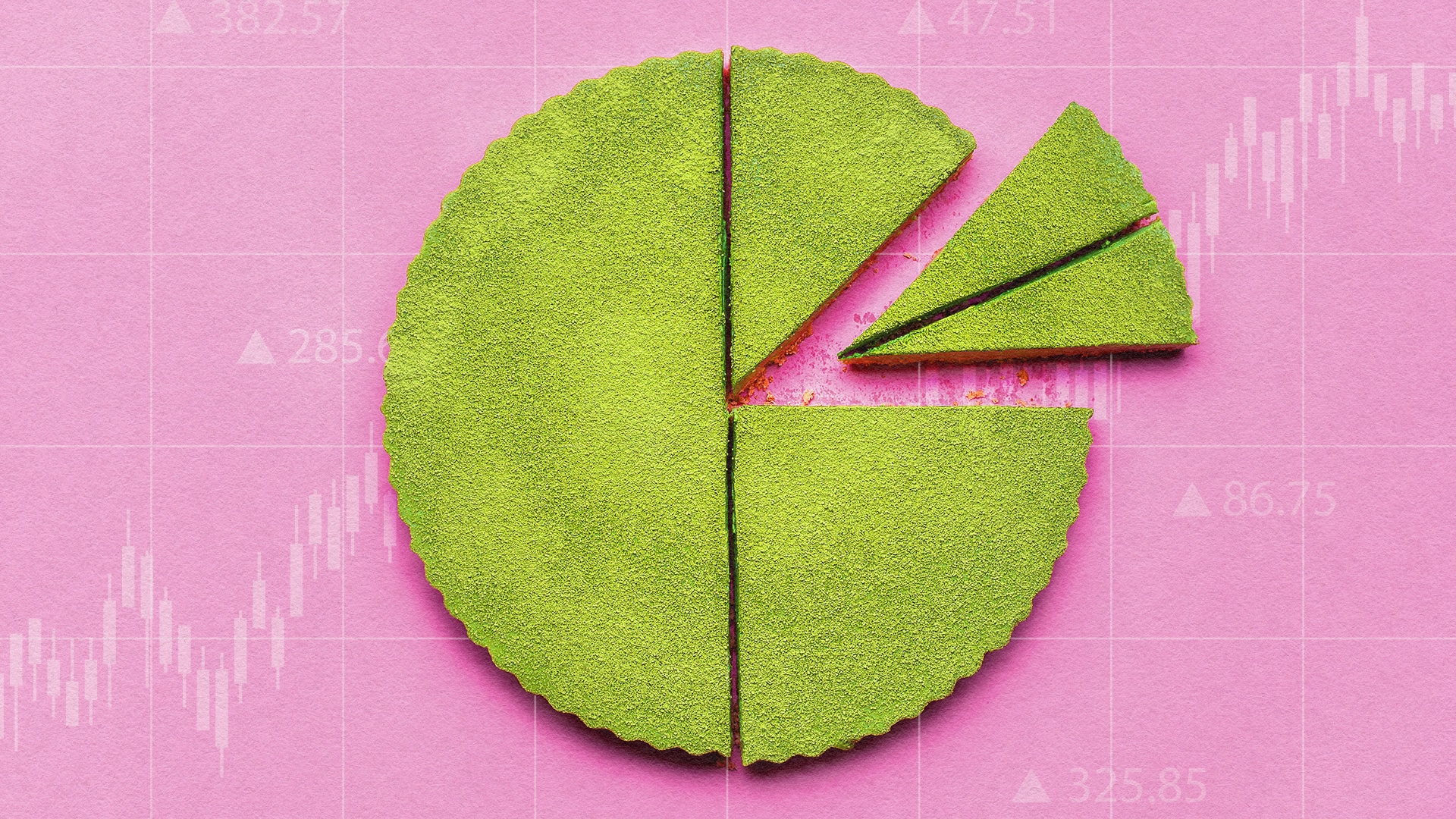 What is a stock split? 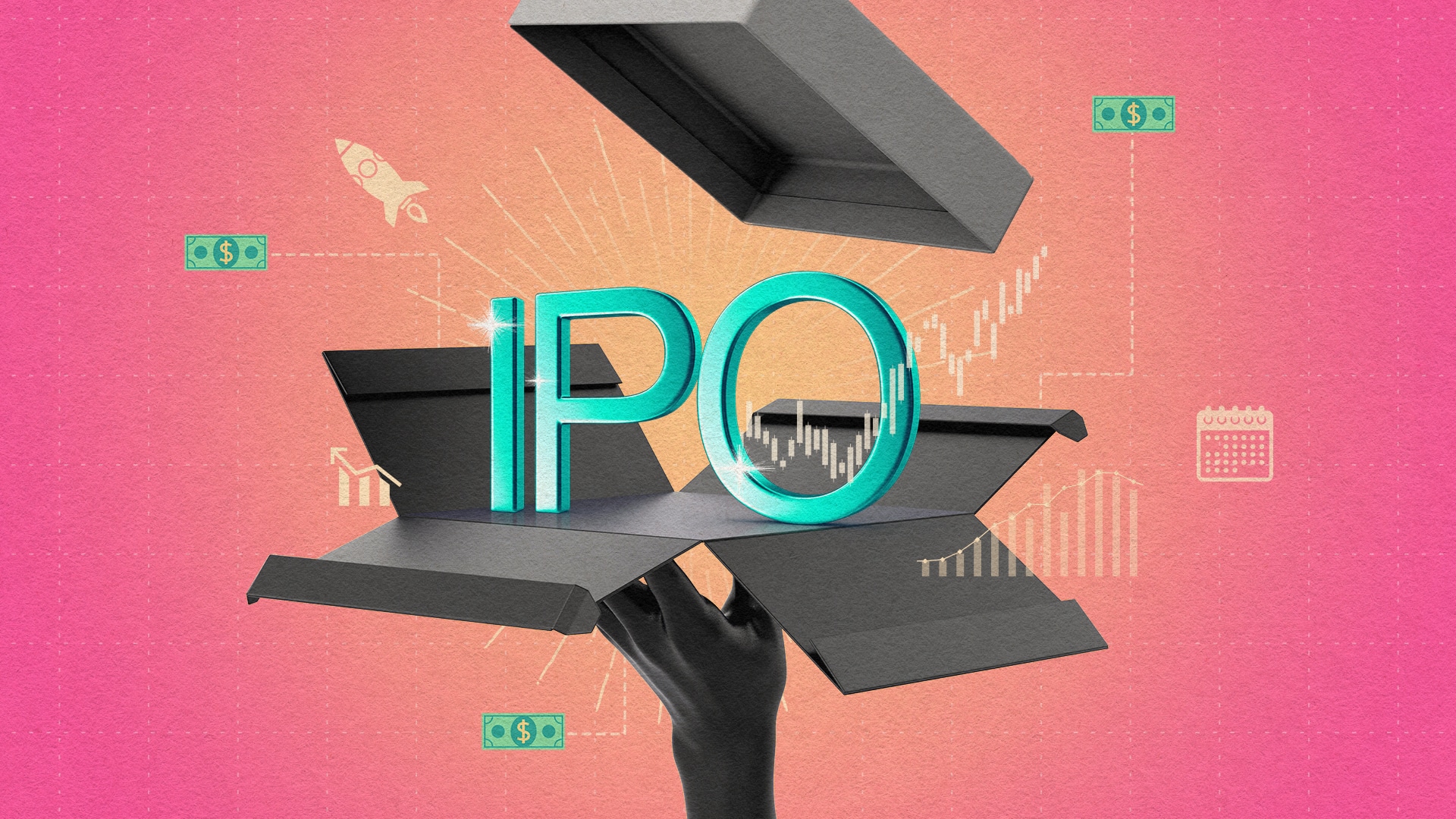 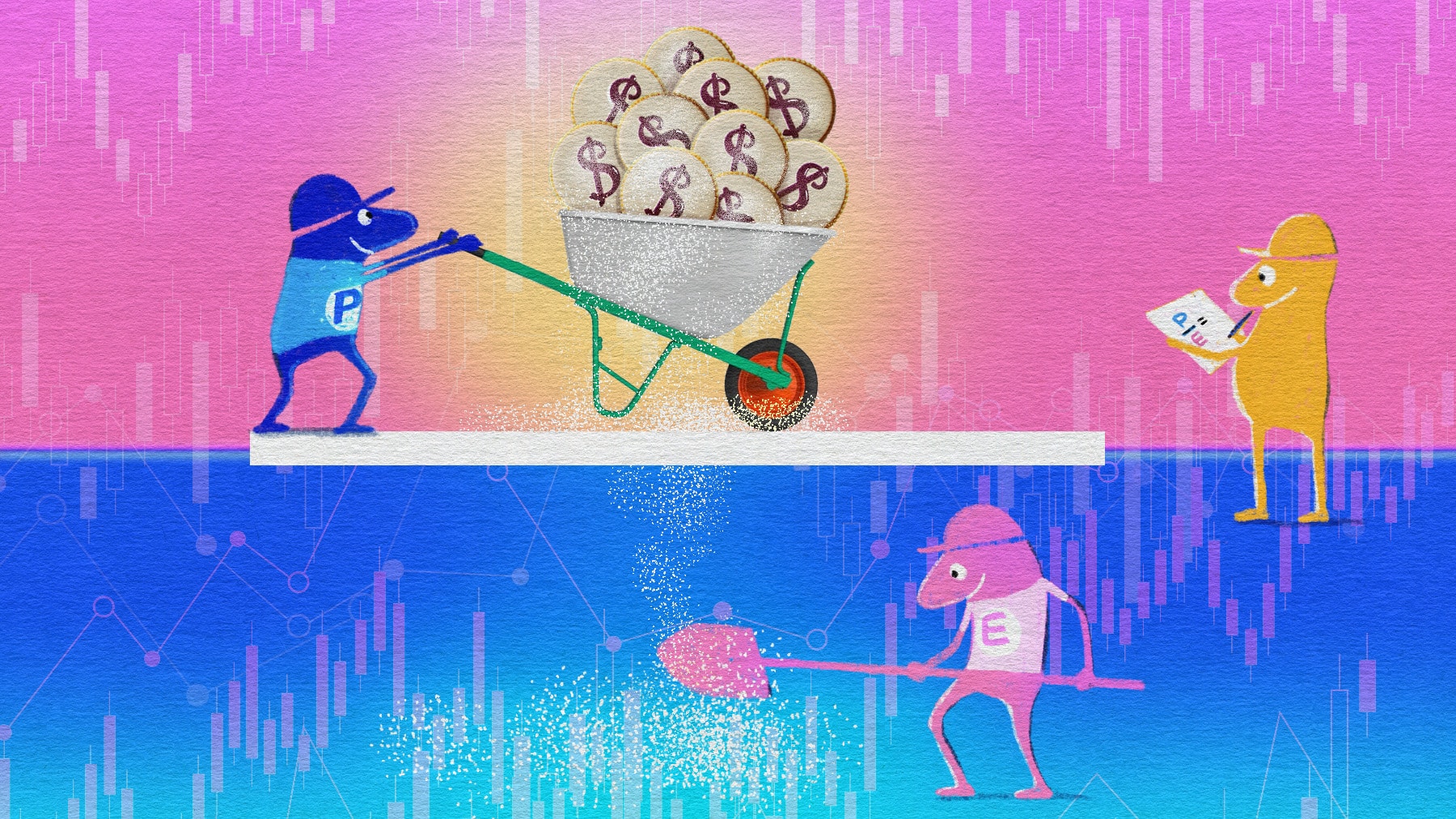 How do I use a price-to-earnings ratio? 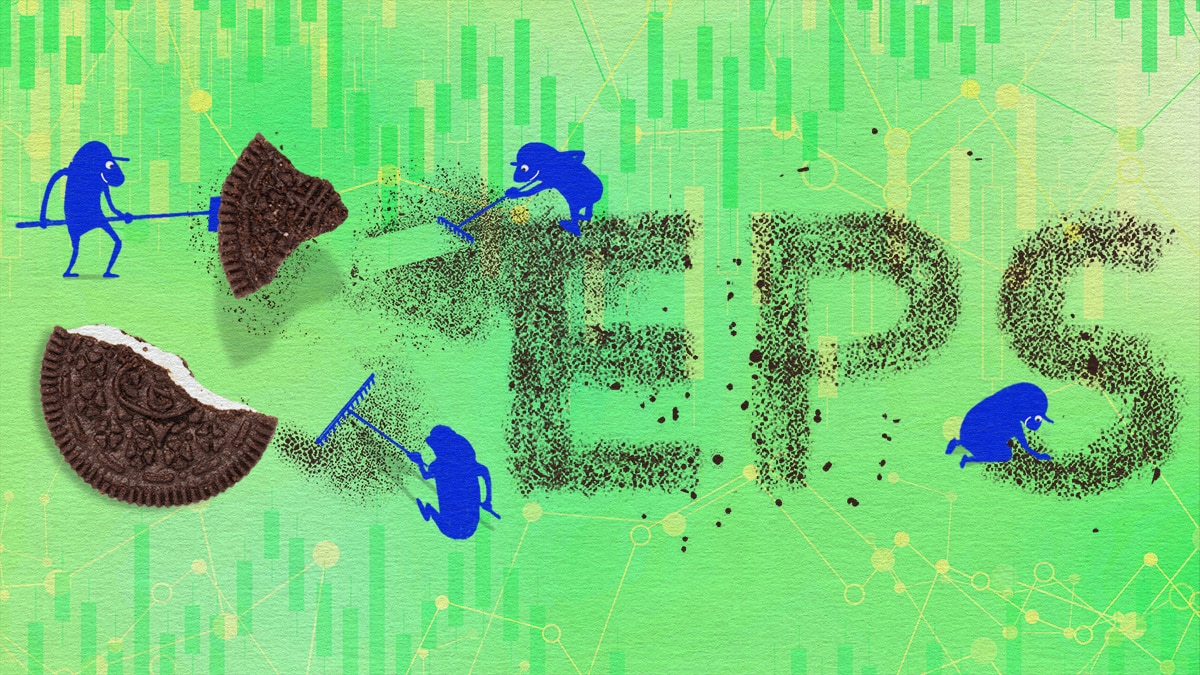