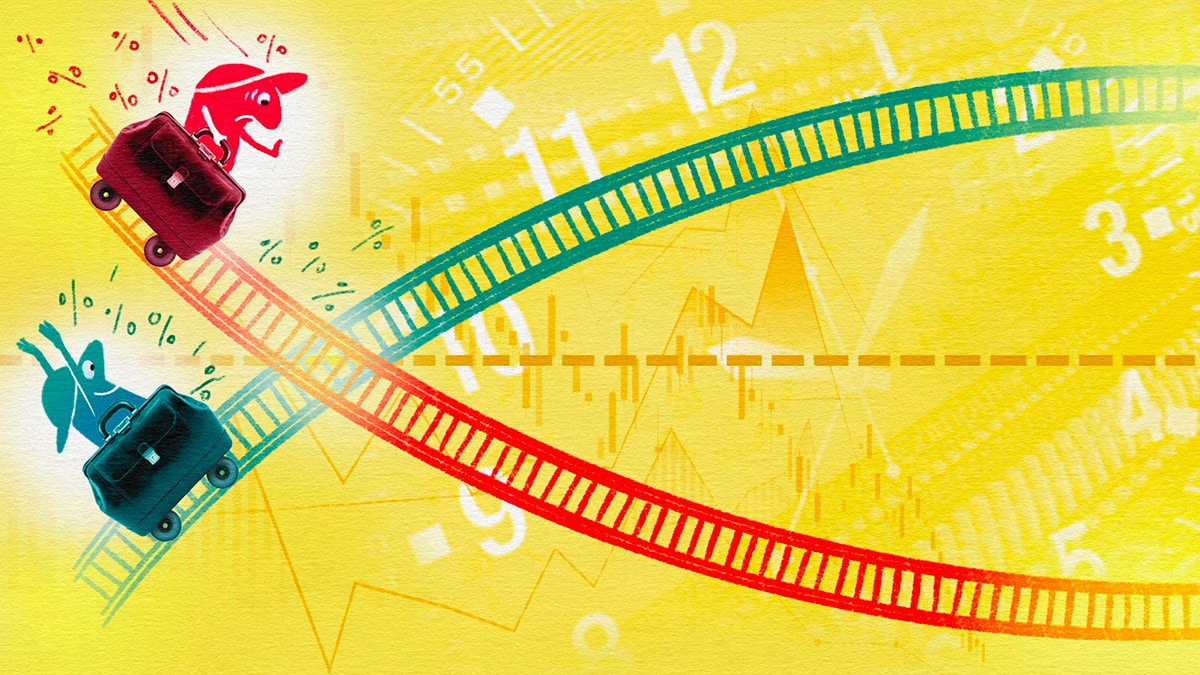 Why does everyone talk about the “yield curve”?

Better than reading tea leaves, the spread (or curve) between short- and long-term bond rates can sometimes offer a potential indication of an impending recession.

The yield curve, as economists call it, offers a visual representation of the difference between interest rates on bonds with different maturity dates (such as three months versus 10 years). In a stable economy, the yield curve would go up as the time to maturity increases. An inversion in the yield curve can sometimes, but not always, signal a recession.

Technically speaking, a yield curve can plot any series of investments with different maturity dates (which is the length of time until a bond or investment needs to be repaid). But when you hear economists talk about “the yield curve,” they are most often referring to the U.S. Treasury, which issues government-backed debt securities to investors. The curve compares the interest rates on similar-quality U.S. government bonds at key maturities: three-month, two-year, five-year, 10-year, and 30-year.

When lending money for one month, you wouldn’t typically expect the money to lose purchasing power over the term, so the interest rate would be low relative to longer maturities. Just as you might loan $1,000 to a friend for one month, you’d expect that money to be able to purchase about the same amount of goods when they pay you back. But when lending money for a longer term — say, five years — there is a risk the cost of goods and services could increase over that time. With inflation, that $1,000 returned in the future might not buy as much as it would today. For this reason, the U.S. Treasury typically pays more interest on longer-term bonds to make up for lost purchasing power. The yields, as they’re called, refer to how much a buyer will earn on their investment if held to maturity. They’re based on supply and demand, and initially set at auction. When those short- and long-term yields are plotted on a curve, economists would normally anticipate it to slope upwards, indicating an expectation of stability ahead.

It’s when the yield curve “inverts” that you see headlines. That’s when the bond interest for, say, a five-year term becomes higher than it is for, say, a 30-year term. Economists have historically found this inversion from a normal curve to often, although not always, be a predictor of a pending recession. It suggests interest rates may rise before settling down to a lower rate. Call it a yellow flag.

In life, and the world of fixed income, the future can be uncertain. If you are lending money (which is essentially what you are doing when you buy U.S. Treasury bonds), you expect to be paid for that uncertainty. This gets turned on its head when market participants consider the near-term riskier than the longer-term. And that is why governments, businesses and individuals often use the yield curve — whether normal or inverted — as a signal of economic stability or uncertainty when making investing and financing plans beyond 12 months.