High home prices have raised the bar impossibly high for many first-time buyers. While times seem tough, not owning a home shouldn’t prevent you from saving and planning for your future. Here’s what you need to know if you plan on charting a different financial path to retirement.

Louisa’s a typical example for the modern Canadian success story: A self-made woman whose parents came to this country as refugees. She’s had to support them at times but has never asked them for money. She always had a job and put herself through university. Now in her mid-30s, she’s making good money at one of Canada’s top companies and diligently tries to save at least 10% of her income.

But despite her hard work and achievements, Louisa can’t purchase a home in Toronto and she feels like the rules of the game have suddenly changed. The process of seeing what she could afford — the financial stress test, used by financial institutions to determine how much of a mortgage you can sustain — has left her looking for alternatives, like resigning herself to renting for the rest of her life.

“It hit me like a tonne of bricks when I started looking into my finances. I know a stress test is supposed to stress your finances but it actually stressed me out mentally and emotionally,” she says.

Should she have started saving for a home while in high school instead of buying CDs and shoes? Where did she go wrong?

If Louisa’s tale sounds familiar, it’s because high home prices and the problem of affordability is top of mind for many Canadians.

Statistics tell a remarkable and sometimes shocking story. Housing prices across Canada have nearly tripled on average over the past 15 years but needless to say, our incomes have not kept up.1 The average home price in Canada is now $679,000, and much, much more in the areas around our largest cities.2 3

Toronto and Vancouver prices have risen so high they have surpassed some of the most unaffordable places in the world: London, England, Singapore and New York.4 While this may be an unlooked-for boon for homeowners who have seen their home’s value sky-rocket, it can be a different story for those on the other side of the white picket fence looking in with envy and frustration.

It means a large number of Canadians, despite good jobs and salaries, simply can’t afford homes anymore, at least not in the markets of their choosing. With soaring house prices, first-time home buyers have trouble meeting the minimum for a down payment.

Trying to build a financial or retirement plan without a home at its centre can be challenging: Owning a home helps you build credit, and allows you to auto-save into an asset over a long period, giving you security. However, being financially successful without a home is possible with some careful steps — it may even give you certain advantages. Since more Canadians like Louisa are now feeling that home ownership is increasingly out of reach, we asked Natasha Kovacs and Varun Bhagwat, two financial planners from TD Wealth, to offer their thoughts on how to build a successful financial future while taking a cool pass on Canada’s hot housing market.

Kovacs who works in Windsor, Ontario, says that people can’t equate their inability to get into the home market with their personal esteem. The housing market issue has been driven by many factors, and, according to a report by TD Economics, various government initiatives used to cool the markets have so far proved in vain: You might be upset but it shouldn’t deter you with getting along with making plans financially.5

“Don’t let the house market be a distraction to happiness. Revisit what is ultimately going to make you content,” Kovacs says.

Bhagwat, who works in the Mississauga, Ontario, area, says that while some young people may be frustrated, others are refusing to let real estate economics dictate their lives and are finding other goals in life.

“Many are living in the moment. They have good jobs and salaries which gives them more freedom and flexibility to travel or even relocate. They don’t want to be tied down to one city or even to Canada. Buying a house is the last thing on their minds,” Bhagwat says.

Define your goals: What’s going to make you happy?

Kovacs says the housing situation can be a problem but she recommends a mantra to keep in mind: Control the goals you can and do what makes you happy. She says this may bring more satisfaction than chasing a goal that can never become a reality. In concrete terms, what makes you happy — children, financial security, leisure activities or a comfortable retirement — are life goals that can be pursued given the right planning and advice.

“Consider what financial alternatives are open and what you can do with that extra money if you don’t have a mortgage,” she says. For example, funds that would otherwise be directed at paying down a mortgage can be used to fulfill other goals such as having the ability to retire earlier or enjoying more extensive vacations.

Kovacs says she had a client who could just barely afford a house she was considering, but knew the mortgage would squeeze her financially. In the end, the client decided to continue renting and instead is using her savings to ensure the financial security and education of her children are paid for. That decision puts her in control and is allowing her to take care of the priorities in her life.

While today’s chaotic housing market can be disruptive, Bhagwat wants to emphasize that no one can neglect finances, retirement planning or investing. He says that it may be fulfilling to ‘live in the moment,’ but homeowners and non-homeowners alike must to save for the time when they will no longer want to or be able to work. Not having a home and not having retirement savings at age 65 would present a pretty precarious situation, he says.

Saving as early as you can and as much as you can can’t be emphasized too much. He says that while older generations may have had the luxury of waiting until their 30s to start putting away some savings, younger people need to get focused on this immediately. Not only does the power of compounding interest produce greater results over a longer time period, the earlier you develop good saving habits, such as being highly disciplined with discretionary spending, the faster your goals may be achieved, he says.

Get your money to work for you: Think RRSPs and TFSAs

For Bhagwat, the keys to building financial security and retirement savings for those who have decided to pass on home ownership would typically be a Registered Retirement Savings Plan (RRSP) and a Tax-Free Savings Account (TFSA). Both TFSAs and RRSPs have potential tax benefits, but work differently: RRSPs defer tax until you withdraw the funds while TFSAs are tax-free on withdrawal and on any investment returns. You can learn more about the differences here. Equally important is choosing to work with a financial advisor to help ensure those accounts include appropriate growth investments that have the potential to increase in value over time.

He points out that channeling funds into an investment plan instead of a home simply means you are investing in a different kind of asset. In fact, depending on the situation, not paying down a mortgage every month could free up cash for extra contributions to a savings plan. Though rent is a recurring cost, you may be saving money on municipal taxes, home insurance, maintenance costs and home improvement bills, which can eat into homeowners’ saving rates. As well, contingent to what you invest in and where it’s invested, saving $500,000 as opposed to owning a home of the same value may actually give you more liquidity and allow you to diversify your assets.

Bhagwat says speaking with a financial advisor can help you to structure a plan to find out what kind of goals are reachable and how they can be achieved. And if you don’t know anything about money and investing, now’s the time to learn.

“It’s better for young people to begin saving as soon as possible and not wait until their 40s to suddenly be concerned about financial planning,” he says. 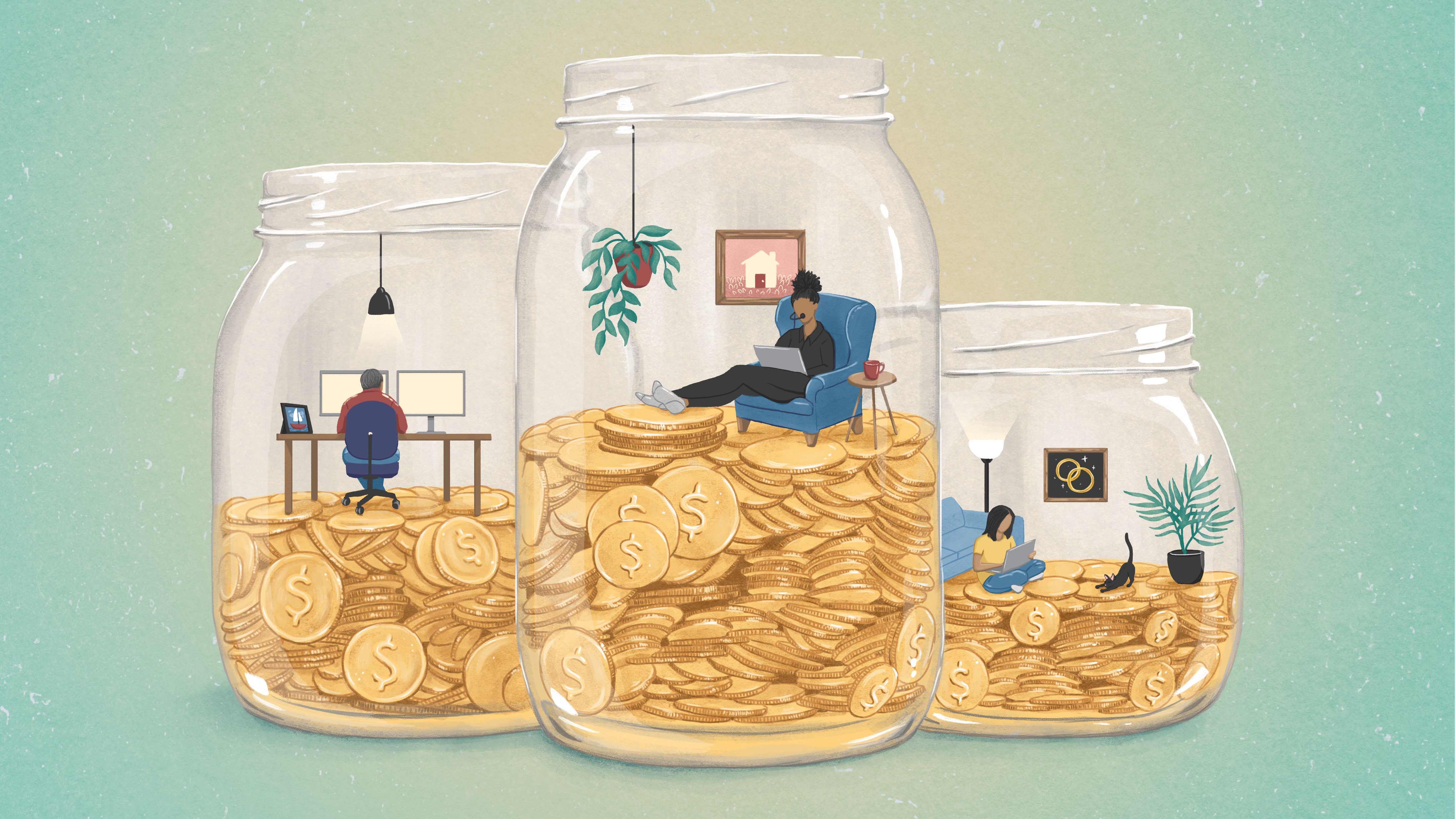 How to save for your financial goals now 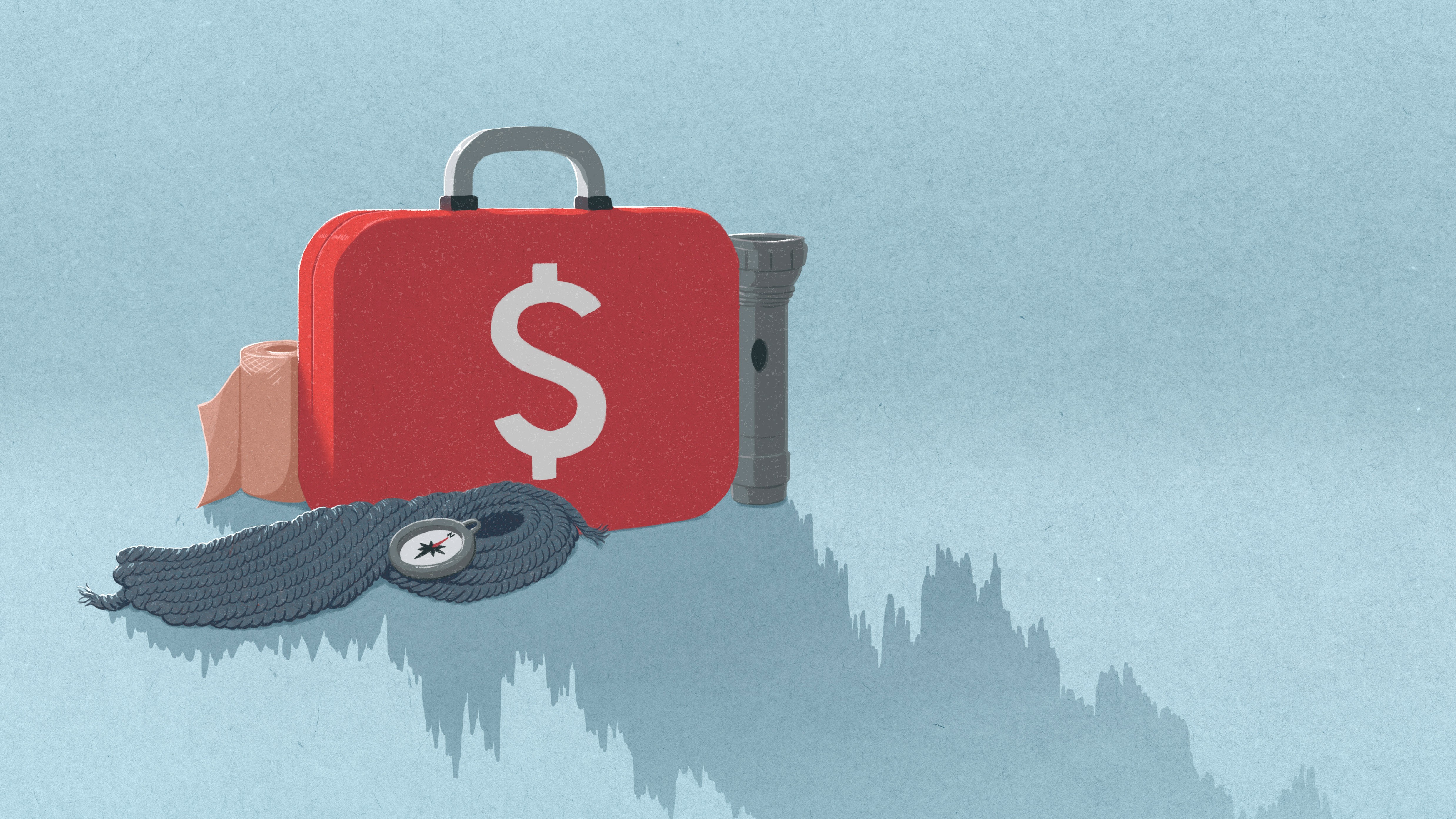 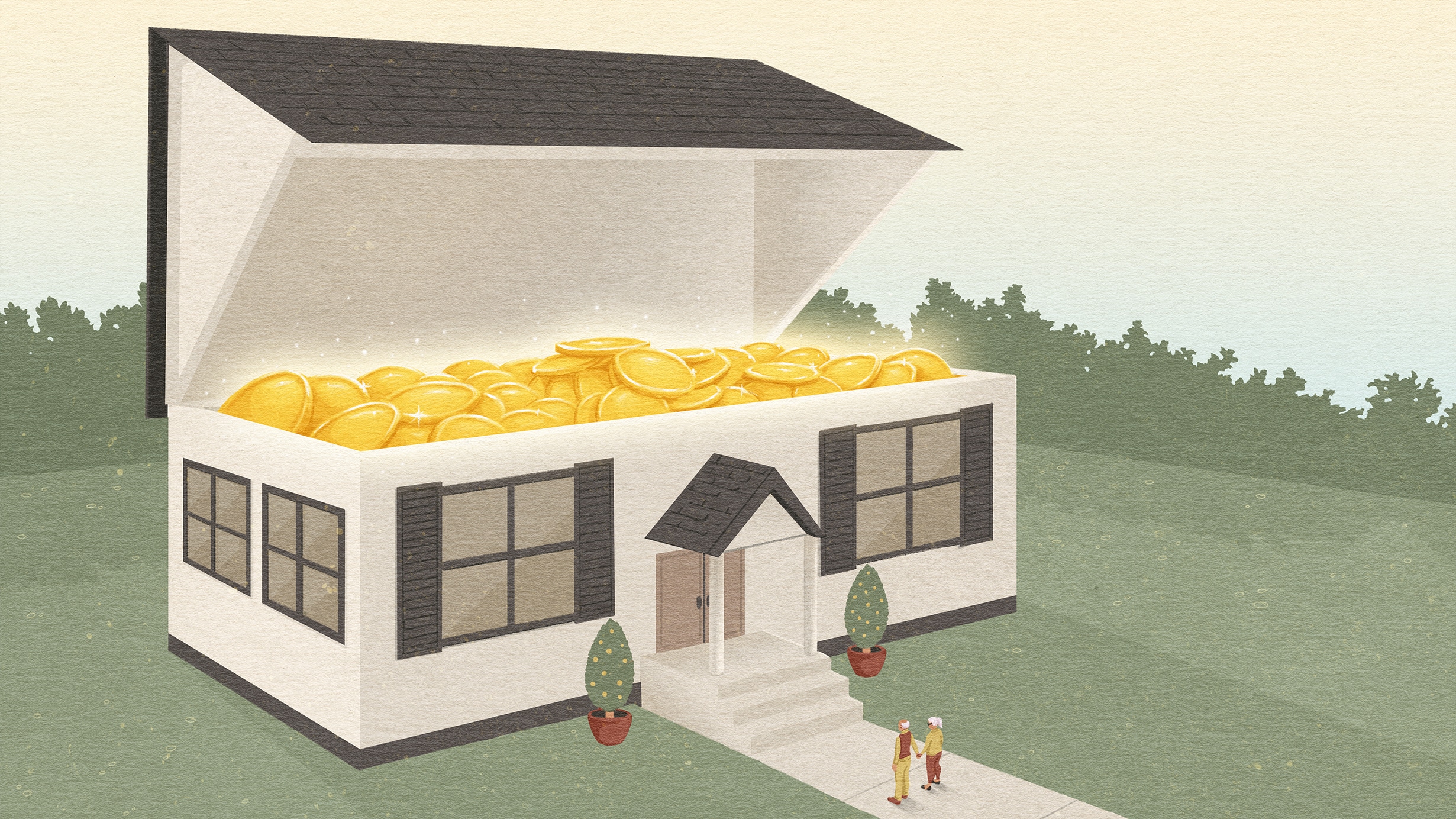 Your home, your unforeseen treasure 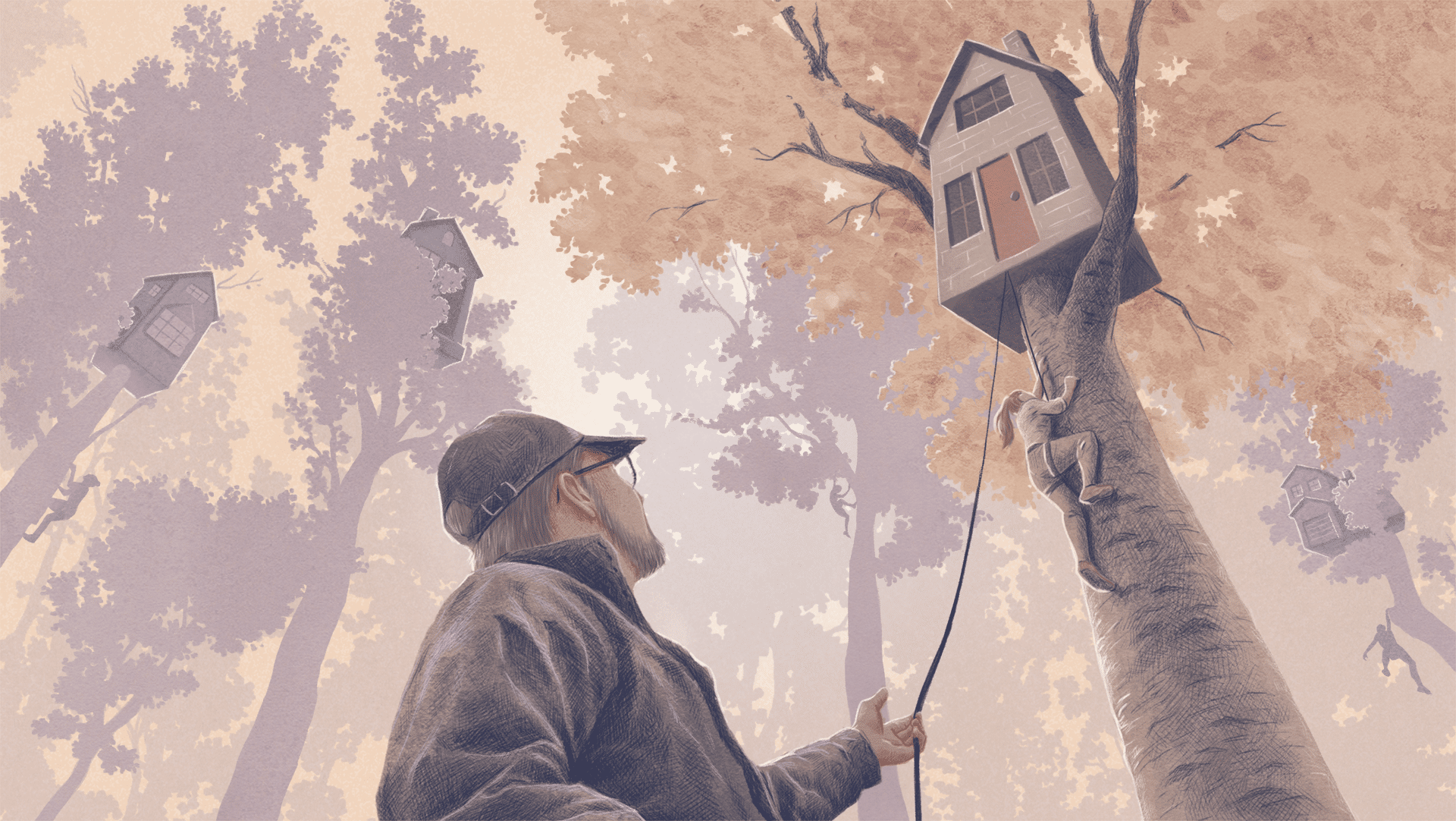