A new book shows how Canada’s top business people use their wealth for philanthropic causes and offers tips for our own charitable giving.

Renowned philanthropist Richard Ivey says that giving has been an evolutionary process for him and his family’s foundation. The Chair of Ivest Properties, and member of the Order of Canada, is a supporter of many educational, health and community causes. Continuing his family’s tradition, he has been deeply involved in Canada’s philanthropic sector, having served in numerous leadership positions. In addition, the Ivey Foundation provides more than $2 million annually to Canadian causes.

When Ivey was in his 20s and just starting out on the board of the Ivey Foundation — his family’s foundation — he witnessed his parents’ style of giving. He recalls that they wrote bundles of cheques to many good causes, but he felt their giving plan lacked a focus or a cohesive purpose. “My parents sort of ran the foundation off the kitchen table,” says Ivey. “I introduced the idea of becoming more focused because I felt we could do more.”

The Philanthropic Mind: Surprising Discoveries from Canada’s Top Philanthropists reveals insights from Ivey and other notable philanthropists. Through interviews and real accounts, it studies the mindset of generous Canadians who have collectively donated more than $12 billion in 2013, according to Statistics Canada.1

Philanthropic giving has become much more than just a tax-saving strategy; donors want to measure impact and ensure wise use of their resources. “Philanthropy is the space in which the not-for-profit and business worlds are often forced to find common ground,” says co-author Chuck English. “Yet, it doesn’t always work out that way — mostly because of very different expectations. The philanthropist who wants to use his resources to change the world is confronted by the not-for-profit organization that just needs enough money to make payroll this month. The result is often mutual disappointment.”

Many of Canada’s top philanthropists adopt business strategies to ensure the needs of donors and organizations are met. Here are some tips on how you can make your philanthropic efforts count:

Give Your Time First, Then Money

Your knowledge and expertise may be as valuable to a not-for-profit as a cheque. Sometimes what an organization needs most is advice and guidance — on everything from how to make a pitch for a donation to how to attract talent. Working with an organization may give you an opportunity to scrutinize the management, as well as to see how your resources will be deployed. Once you are comfortable with the organization and feel it can benefit from a gift, then, a monetary gift may be a natural extension. Hal Jackman, the former Lieutenant Governor of Ontario, is well-known for his charitable work. “I was interested in the opera, but I think I got on the board before I gave money,” he says. “The same with the University of Toronto, which are the two things I have given to most. I was involved in the university before I really made the decision to give money to them.”

Taking calculated risk can be good for business, but does the same apply to charitable giving? English says yes. “Many of the projects funded by the philanthropists we interviewed were groundbreaking and inherently risky,” says English. “For many philanthropists, the ability to feel comfortable with risk-taking does them well in business and giving.” For example, the Juris Doctor/MBA programs that Jay Hennick, founding CEO of FirstService Corporation, wanted to create at both the University of Ottawa and the University of Toronto were one-of-a-kind in Canada. Both programs are still ongoing, decades later.

Take a Step-Wise Approach to Giving

Philanthropists want to see their money put to good use and to make a difference. More and more, philanthropists think of their philanthropic gift as an investment, which may or may not reap the desired results. One way to protect your investment is to build a long-term relationship with the organization. To minimize risk, instead of giving one big gift in one shot, consider spreading out your donations. Start with smaller gifts, and grow as you feel comfortable, as Eric Sprott has. His first gift to Carleton University, shortly after graduation, was only $200. Now, he is one of Carleton’s most generous contributors. Taking this approach allows you to become truly acquainted with the organization and its work.

Hennick says that when you do give large gifts, expect a long-term plan for the money. “Give me a five-year plan. I don’t want just numbers,” Hennick says. “Give me some metrics that you’re very comfortable you can exceed, so at least I know we’re moving in the right direction. That’s what donors should do on larger gifts.”

Jo-Anne Ryan, VP of Philanthropic Advisory Services at TD Wealth, and the Executive Director of The Private Giving Foundation, agrees the best way to approach philanthropy is to create a plan with long-term goals. “With our clients, we develop a comprehensive plan around their finances, and we project where they are going to be in five years and beyond,” says Ryan. “The client often begins to see that they will have more money than they can spend in their lifetime, which opens up the perfect opportunity to discuss how he or she can fulfill their philanthropic goals.”

If you approach your giving the same way as you would investing, then consider what may be an appropriate return. A good return on your investment might be to increase the size of the community served by 20 per cent, or to find and create efficiencies within the ranks. According to Marla Dan, of the Aubrey and Marla Dan Charitable Foundation, the new generation of philanthropists is demanding a return for their money. “I think the younger generation has a different connection,” says Dan. “They won’t just write the cheque, no questions asked. They want to know where exactly is it going and what it’s going to be there for, how is it going to be managed, how many hands is it touching before it gets to the end.

Increasingly, companies are looking to corporate social responsibility as an opportunity to fundamentally strengthen their businesses while giving back. Some innovative companies are partnering with not-for-profits as one way to create value for both the business and society simultaneously.

“It’s interesting that so many of those who give the most in Canada told us about the many ways in which they have aligned their business goals with their giving,” says co-author, Mo Lidsky. “That’s good business sense.” When the Art Gallery of Ontario brought in a prestigious collection of art — including works from Renoir and Picasso — investment firm Gluskin Sheff and Associates saw an opportunity. They sponsored the exhibit because of its affiliation with wealth, culture and prestige — values that align with their business.

A focused and well thought-out plan could help your money make a greater impact. “There are 86,000 charities in Canada, phoning and knocking at your door looking for money — and you can’t give to them all,” says Ryan. “Talking to an advisor about your philanthropic goals can help you focus on the causes that will help you to create a legacy.”

The Philanthropic Mind offers some inspiration and lessons for your charitable plan. “We hope that those who are just starting on a path of philanthropic involvement will find the experiences and insights of these philanthropists to be instructive and motivational,” says Lidsky. “We believe that their stories and insights have the potential to be intriguing, interesting and inspirational to anyone in any walk of life who simply seeks to somehow make a difference.” 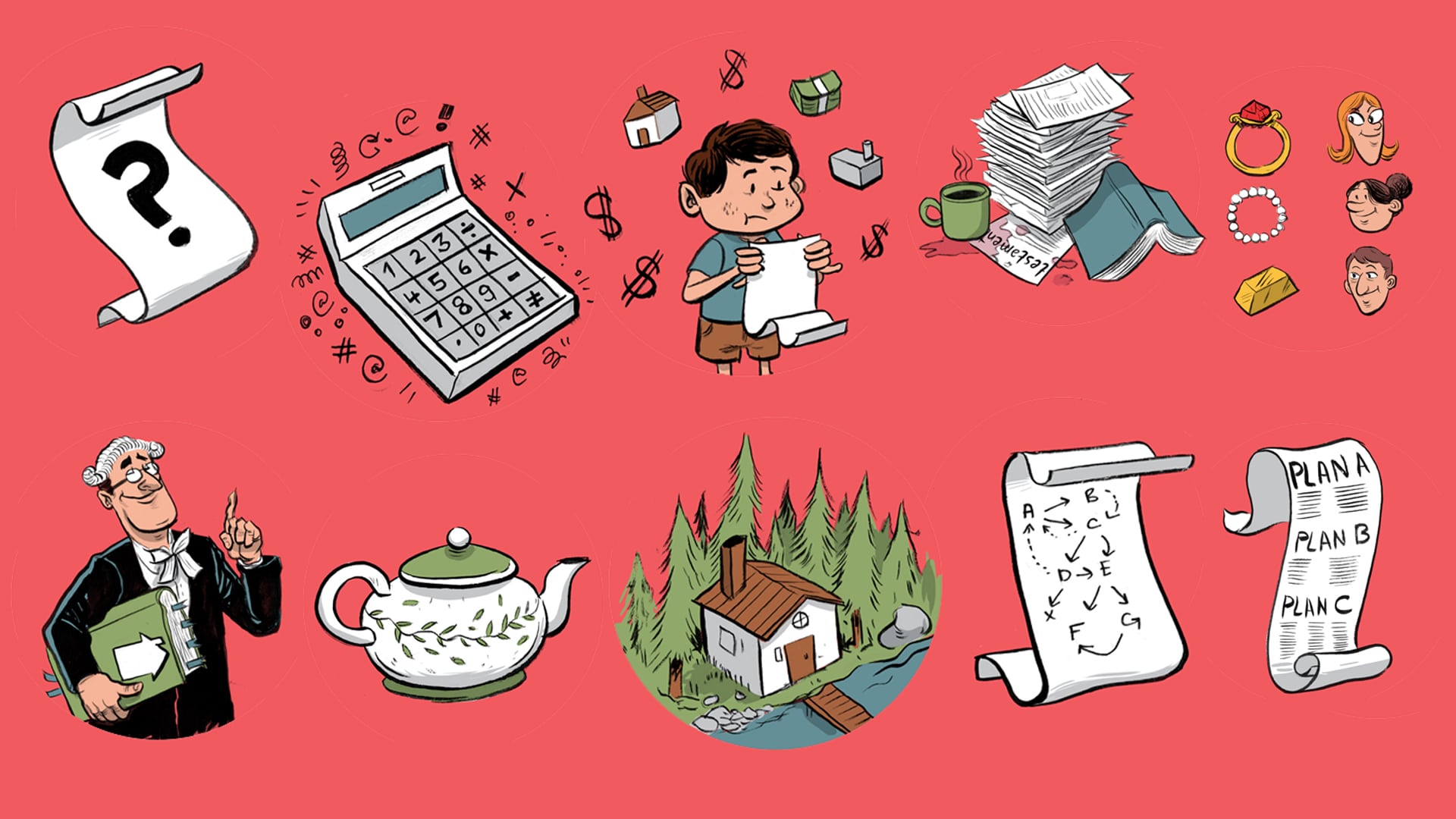 Top 10 Mistakes people make in a Will 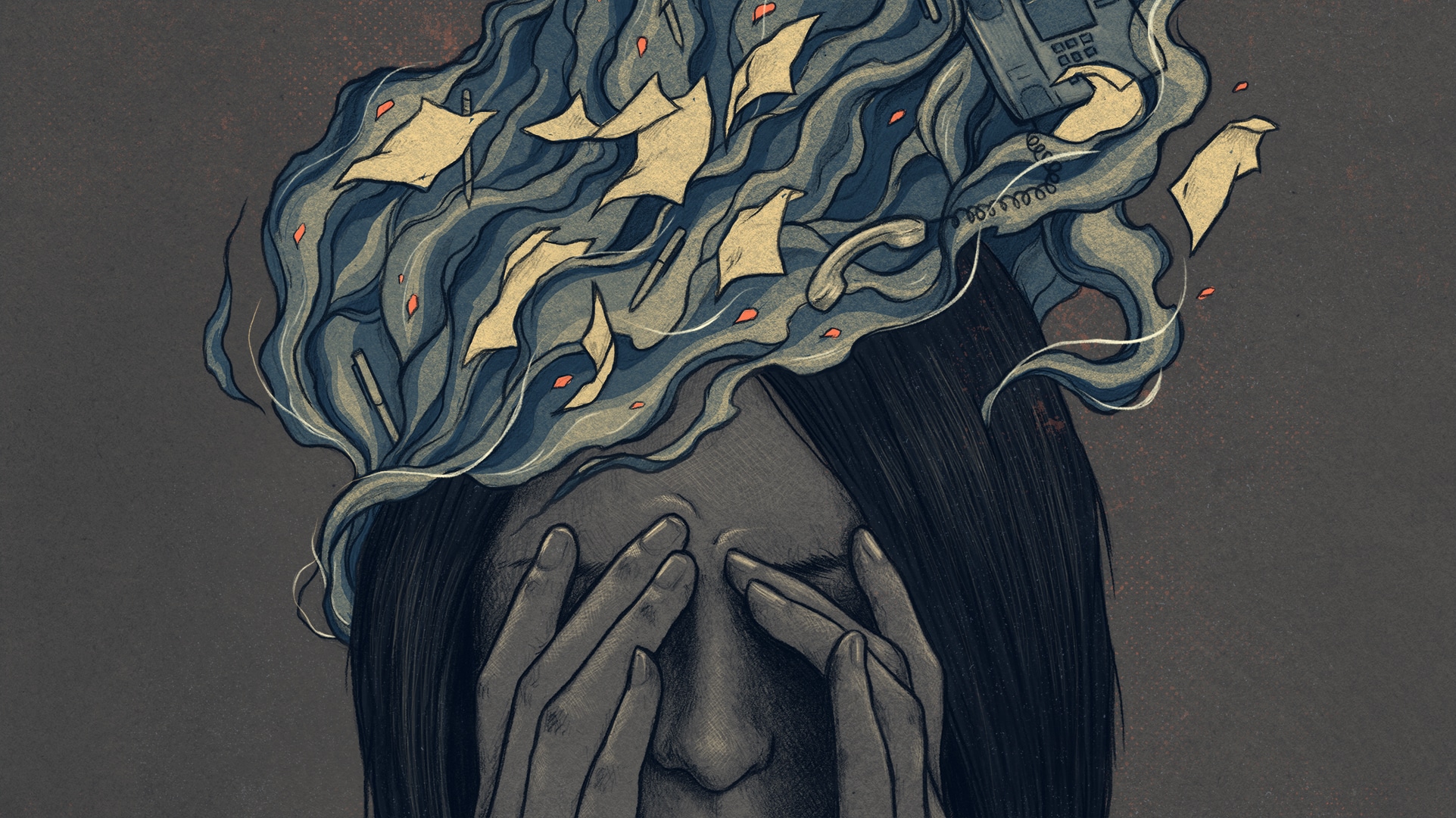 Giving It Your All (And Then Some)