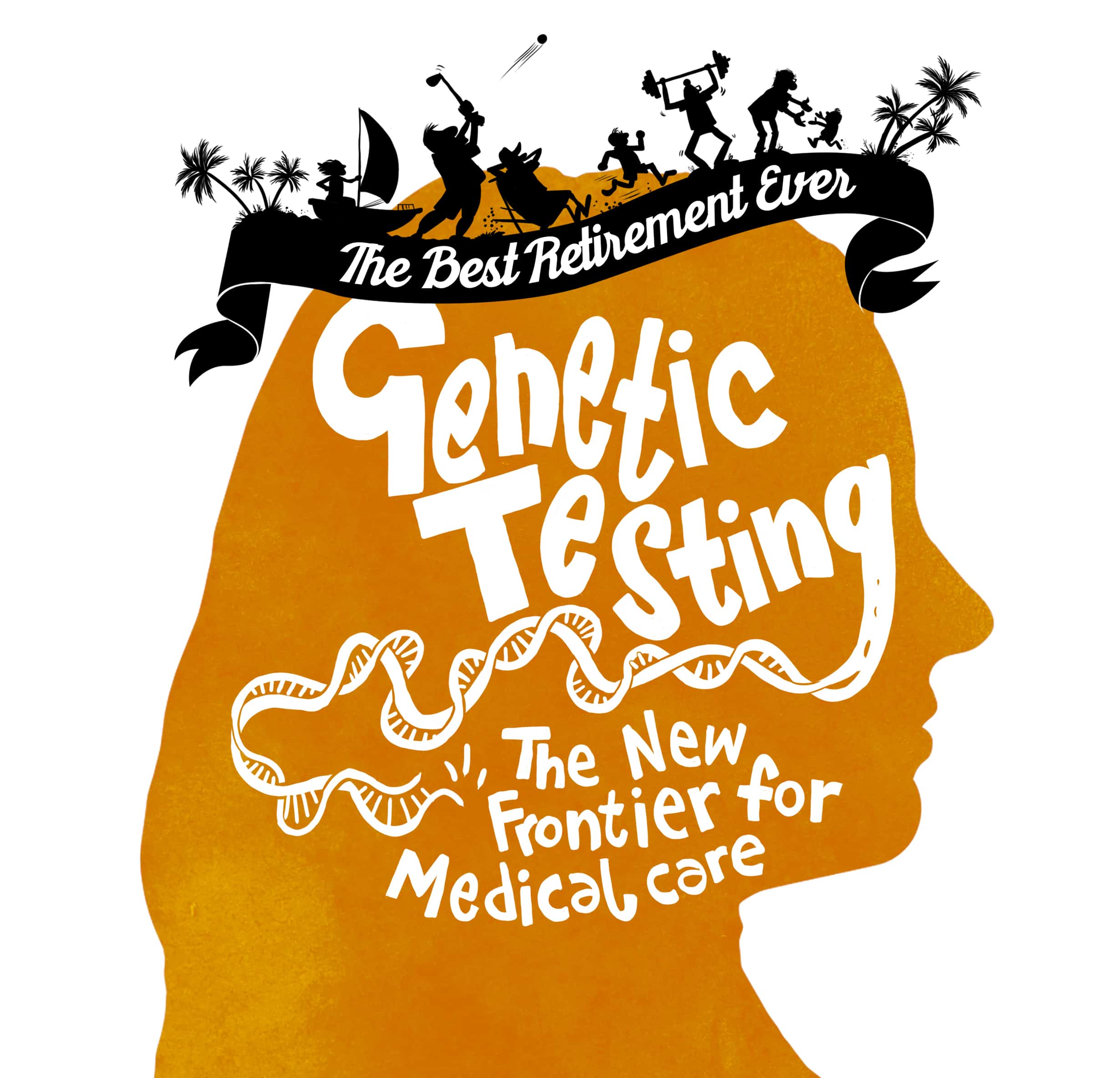 You no longer have to be sick to get tested for serious diseases like cancer or diabetes. In fact, if you or your family discovers you’re likely to get these conditions, there may be preventative measures that could potentially save your life.

It would be hard to identify the medical breakthrough that has had the greatest impact on improving lives. It could be in vitro fertilization, bionic limbs, HIV treatment or laparoscopic surgery. But a case can be made that screening for cancer and other diseases before they happen, through genetic testing, might impact more lives in the 21st century than any other advance.

That’s because you don’t have to be sick to get a genetic test that might identify a host of genetic predispositions. In fact, if you or your family discover there’s a high probability that you may get these diseases, you could conceivably increase the chance of avoiding these diseases if you start taking preventative measures to combat them. 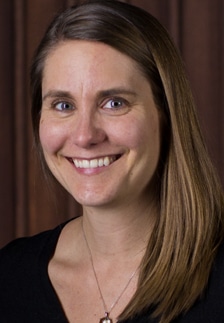 Allison Janson Hazell is a Canadian and U.S. board-certified Genetic Counsellor based in Toronto and is Past President of the Canadian Association of Genetic Counsellors. Allie joined Medcan in 2010 and prior to this held a position in the Adult Genetics Clinic at University Health Network/Mount Sinai Hospital. Allie earned her Master’s in Human Genetics from Sarah Lawrence College in New York, and holds a certificate in Public Health Genetics and Genomics. She was among the first genetic counsellors to champion social media within the profession, having co-founded The DNA Exchange where she remains a principal contributor.

In past years, if you had cancer or another disease, targeted genetic testing could identify whether other members of your family could have a high risk of the same ailment. This may be funded by provincial health care systems.1 However, a newer trend, which some healthcare clinics, such as Medcan, a preventative health and wellness provider, offer to their patients, is broader and deeper genetic testing to discover any future risks for disease and conditions.

“For example, if someone has colon cancer in their family but there is not enough colon cancer in the family to qualify for provincially covered genetic testing, they may opt to pay privately for genetic testing for a panel of genes related specifically to colon cancer, or a comprehensive test looking at genetic risks for many different types of cancer,” says Allison Hazell, a Clinical Director of the genetic program at Medcan.

In her role, Hazell interprets the family history of clients/patients in conjunction with genetic tests to help people make educated health decisions. She says the testing allows people to be proactive if they feel the need to head off disease.

“The goal is to use genetic testing to identify high risk individuals while they are still healthy, so we can ideally intervene before they even get sick.”

Genetic testing certainly can’t predict all cancers and diseases but may offer a significant signpost for a handful of prominent cancers (ovarian, breast, prostate, lung and melanoma), and other diseases and conditions from cholesterol problems to obesity. Moreover, it may empower people to make choices today that could impact their health tomorrow. From profound decisions like having mastectomy to less invasive choices like what you eat; the full spectrum of choices that can help plot a course for a healthier life.

“The goal is to use genetic testing to identify high risk individuals while they are still healthy, so we can ideally intervene before they even get sick,” says Hazell.

Depending on a patient’s circumstance, they can undergo a range of genetics tests. For example, there is a test specifically for hereditary cancers, or a personal genome test which checks for common health conditions that have both a genetic and environmental aspect to them such as heart disease, diabetes or Alzheimer’s. The screenings cost between $1,000 and $1,500 at Medcan.2

Each test or evaluation includes consultation and a plan for identifying health risks.

Personal Genome Testing
Determine your genetic predisposition to more than 25 common health conditions. Work with a Genetic Counsellor to develop a personalized plan for screening tests and lifestyle changes designed to decrease your genetic risk for disease.

Hereditary Cancer Panel Testing
If there is a strong history of cancer in your family a targeted genetic test can evaluate multiple cancer genes at once.

Genetic Family Risk Assessment
A review of risks for genetic disease and risk assessment faced by you and your family members for rare and common diseases.

Pharmacogenomics
Reduce trial-and-error prescribing by predicting which medications and dosages may be most effective for you and are least likely to cause adverse side-effects. Based on the pharmacogenomics genetic test, determine response and effectiveness to a panel of 200+ medications.

Nutrition and Fitness Genomic Testing
Fine-tune your nutrition and fitness regime, and optimize results, when testing over 75 genetic markers related to metabolism, diet, nutrition and exercise.

Knowing that you may have a genetic propensity to obesity means that people can make long-term lifestyle changes, with the help of a doctor and a dietician, to compensate for what their genes have dealt them. Moreover, genetic testing for medication sensitivities can give doctors information on what drugs are likely to work. This could save time, money and possibly lives if a treatment involves a trial and error system of finding out which drugs are required.

For a patient, the genetic screening procedure is straightforward. A phlebotomist, a technician who is trained to draw blood, takes a sample in the same way any other sample is taken in the arm, although genetic samples can also be obtained through a cheek swab. The sample is sent to a lab where it is examined for genes associated with particular groups of health conditions and involves identifying the presence of mutations in these genes. The results are relayed back to a genetic counsellor who reviews the results and consults with the patient.

“I always tell people that they should be going into the testing scenario with their eyes wide open.”

Hazell says people seeing blood relatives fight cancer can consider genetic testing that may shed light on whether they have a propensity for the same cancer. But she says some people are naturally gun-shy about hearing what could be bad news, which is completely normal. Thus, there is a need for genetic counsellors to work with the individual or family, not only to interpret medical information, but also family genetic inheritance patterns and risks of occurrence for the disease or disorder.

“Genetic counsellors are trained to communicate the scientific information in understandable terms, while we also attend to the emotional aspects of making a decision about whether or not to pursue a genetic test,” Hazell says.

Hazell says it is critical for people who wish to have tests done to seek out counselling before they pursue the test. Receiving news that indicates you are at high risk for cancer can be difficult.

“I always tell people that they should be going into the testing scenario with their eyes wide open; ‘What will it mean for your own medical management? What are the implications for your children?’ Considering the potential implications before doing the test means that you are better prepared to handle a positive result,” Hazell says.

“And it’s important to note that sometimes genetic testing can be really reassuring. If there is a known genetic mutation in the family and you don’t carry it, then we know you are not at increased risk to develop the same condition.”

Genetic testing has suddenly gone high profile as prominent individuals are more open today about the medical battles they face and the preventative steps they have taken to deal with their diseases. In fact, a study at Sunnybrook Hospital in Toronto revealed a 90% jump in the number of women referred for genetic counselling.3 This came six months after a leading Hollywood star wrote about her experiences discovering she carried the genetic mutation, BRCA1, which indicates an extremely high risk for breast and ovarian cancer, and having a double mastectomy.

“We know the risks for cancer, heart disease, and diabetes will increase as we get older. Therefore, the more information you have earlier on, the more time you have to impact the outcome,” Hazell says. 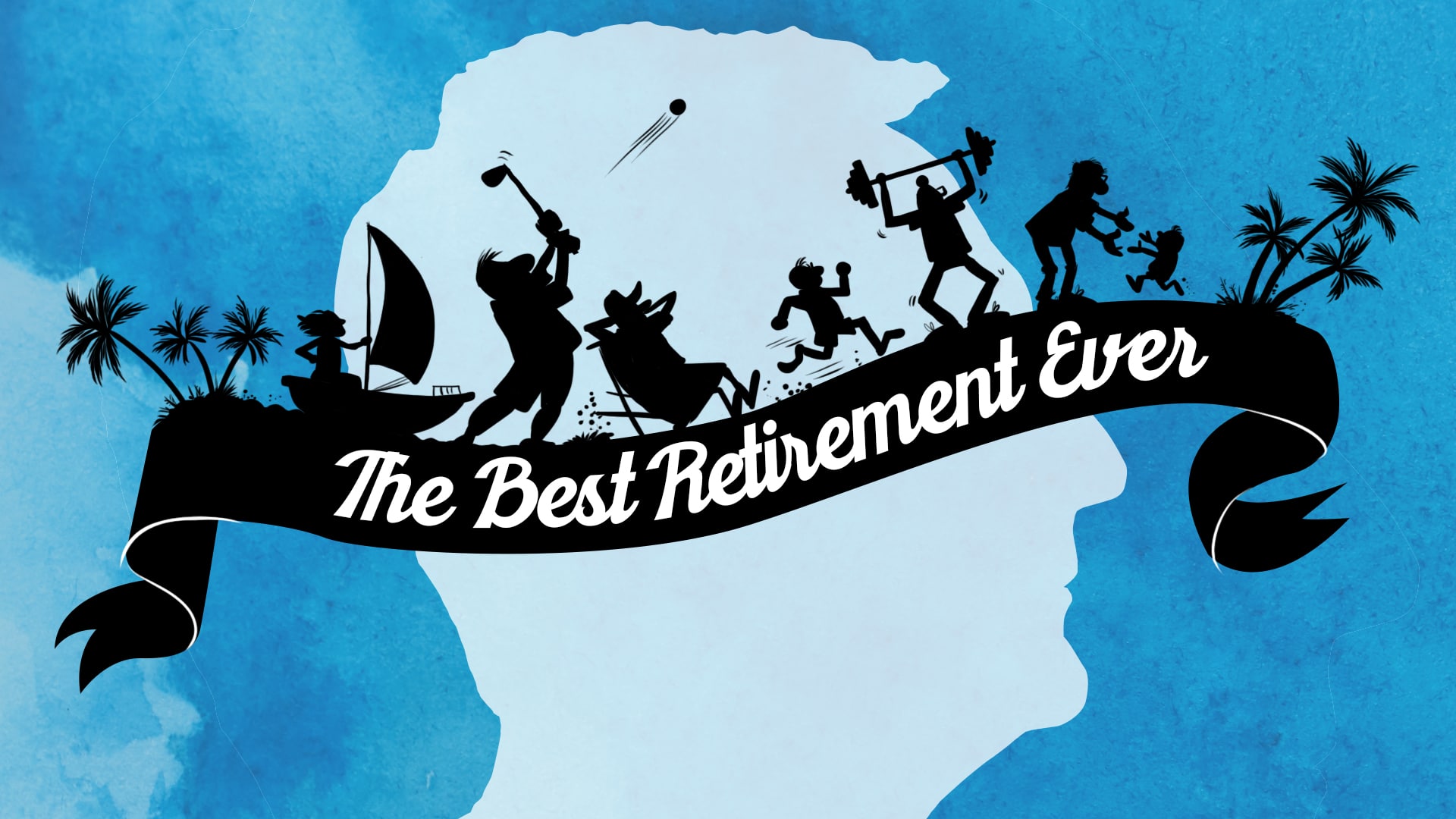 360 Health Assessment: Jump Starting Your Journey to Fitness and Well-being 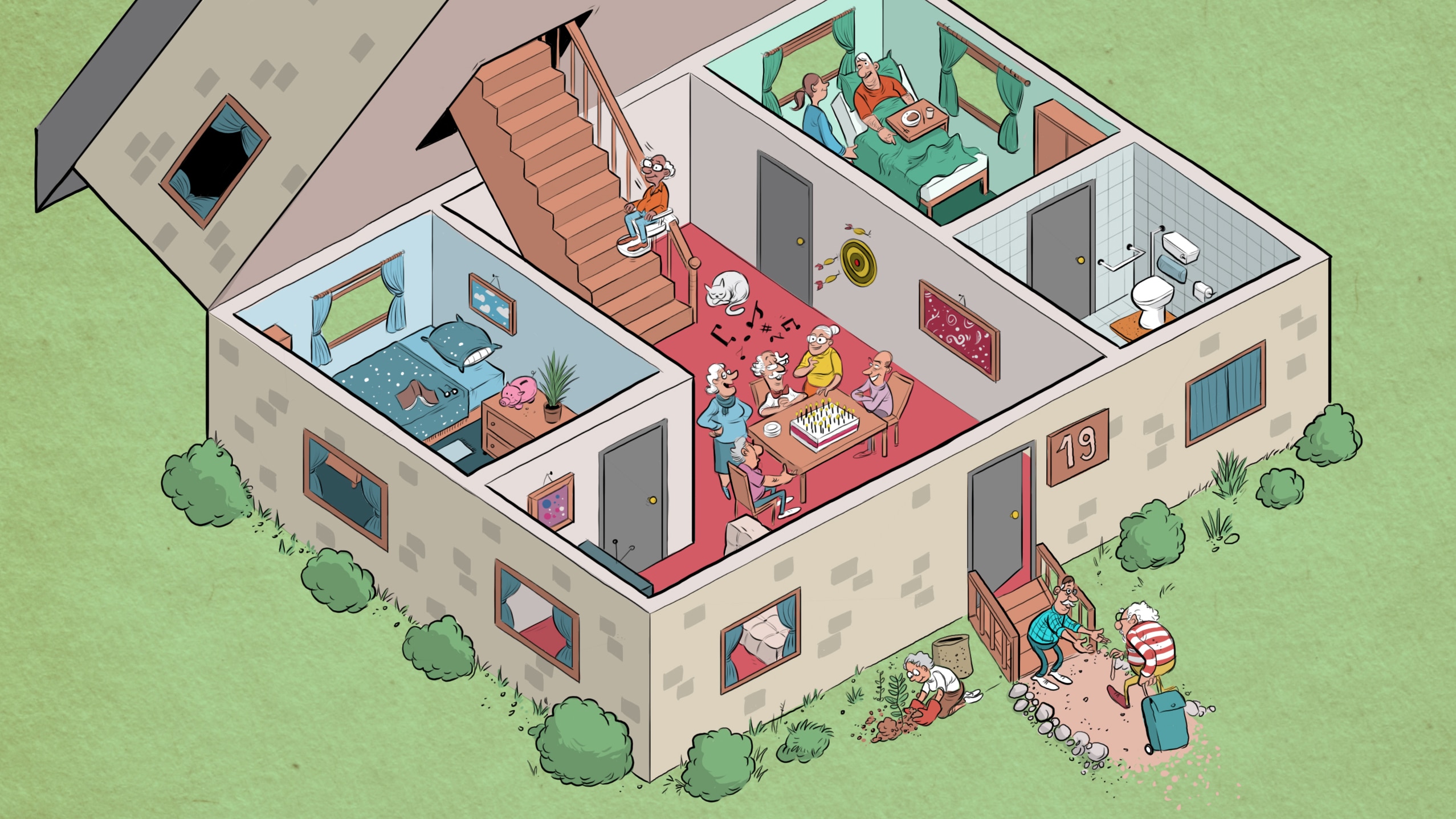 So Happy Together: Shared Living in Retirement 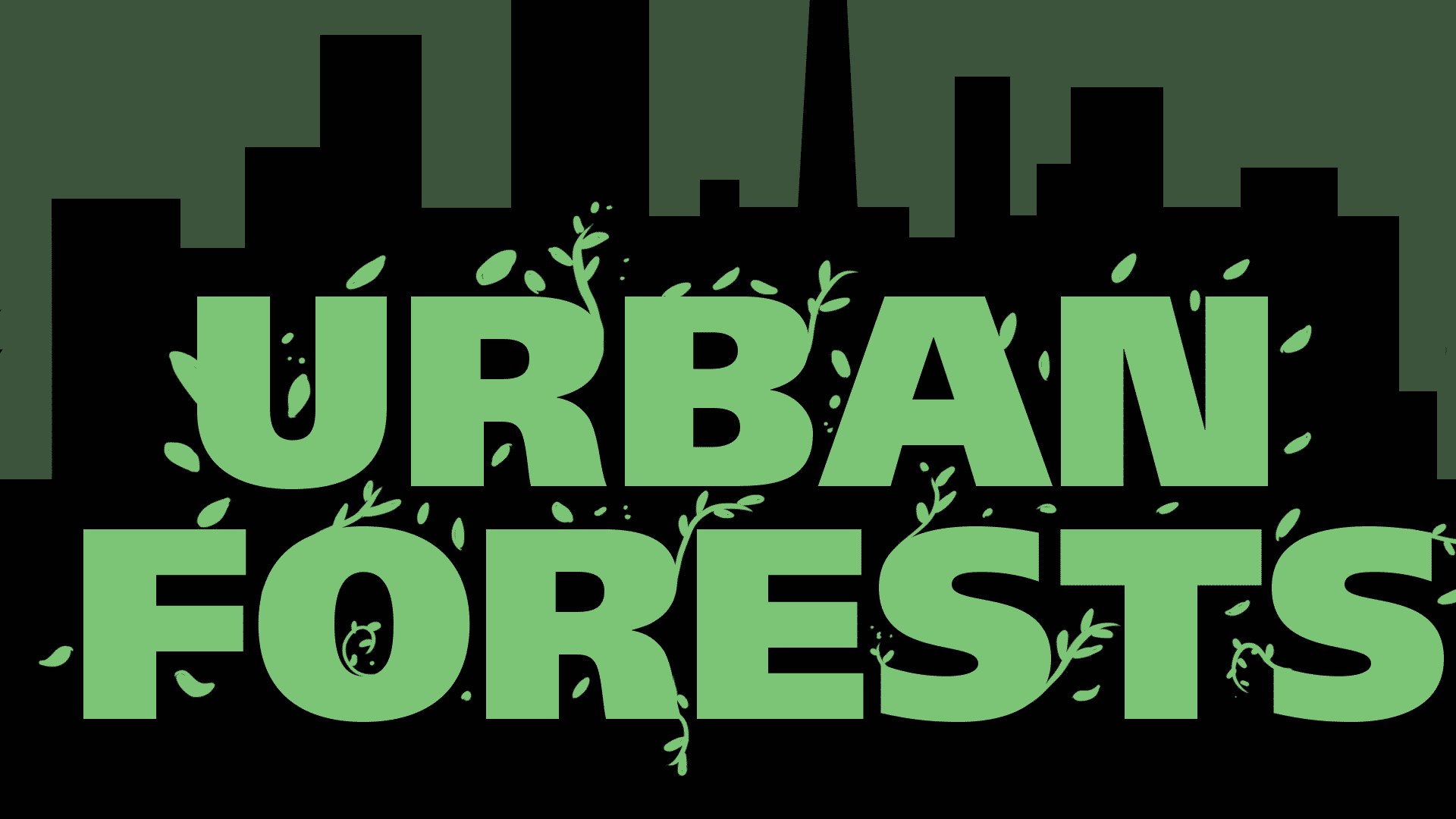