Energy prices are rising. Yes, even coal. Here’s why investors are talking about it

What, you don't have a barrel of West Texas Crude on your shopping list? In the first installment of The Conversation, we look at why energy costs are rising and what it could mean for your portfolio. 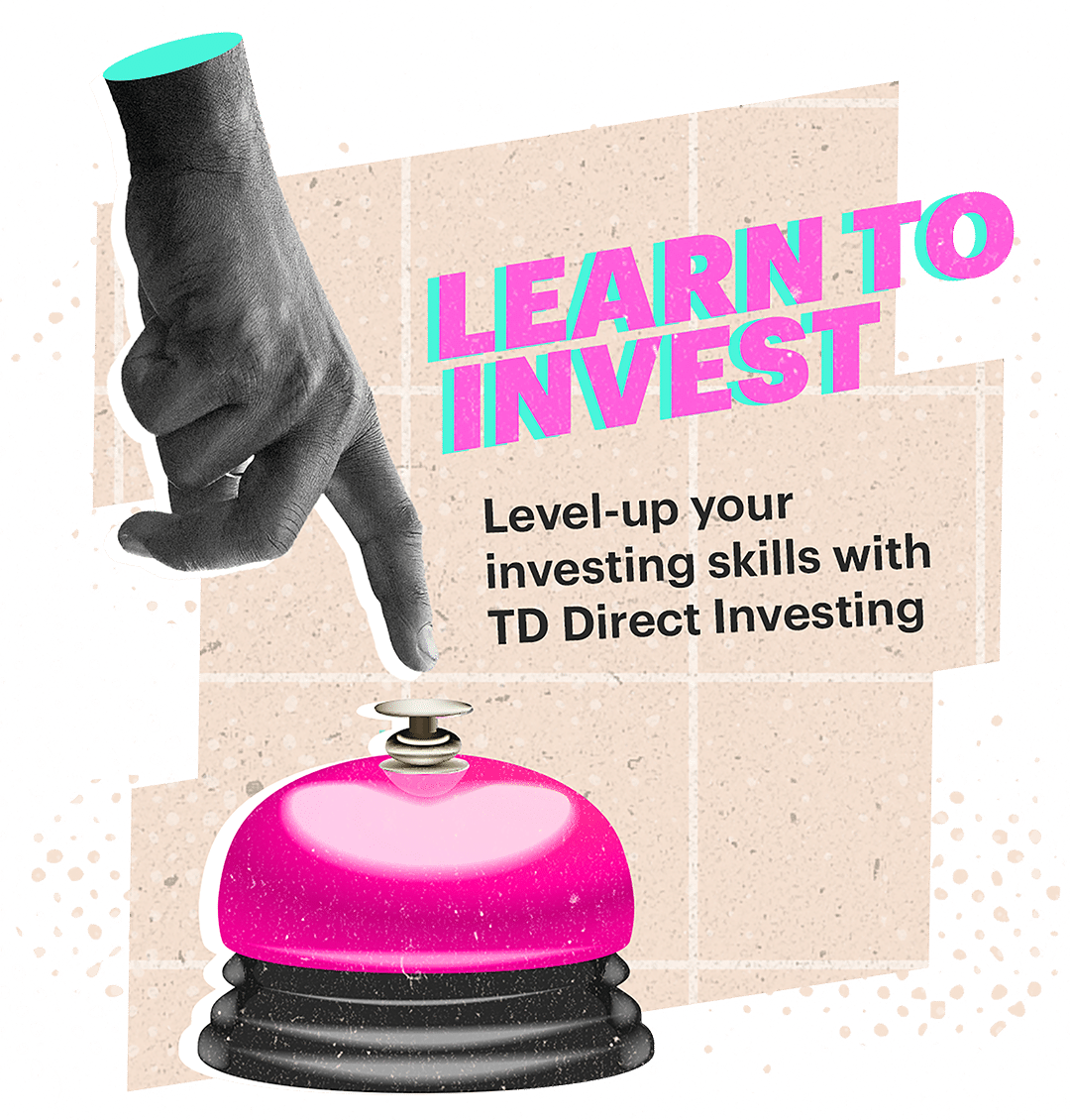 It seems like I can’t open an email these days without someone mentioning oil. What’s going on?

Oil is kind of like the weather in Canada — people love to talk about it, whether they think prices are too high or too low. Right now, prices are soaring. Since February 2021, a barrel of West Texas Intermediate crude — one of the most common kinds of oil — has climbed by a whopping 113% to $111 a barrel (all figures Canadian dollars) from about $52. At the outset of the Russian/Ukraine conflict earlier this year, oil spiked to $123 a barrel. These prices exceed previous highs in 2014. That was the last time Russian aggression toward Ukraine caused concern about oil supply.  The gain is even more shocking when you consider the dramatic price drop we saw during the COVID-19 pandemic: For a short time in April 2020 when no one was driving, a barrel of oil cost minus $52.

And don’t forget about natural gas. It doesn’t get the same attention as oil but is no less important since it heats most of our homes. The price of natural gas has risen by over 100% in the last year and hasn’t been this high — about $ 6.64 per MBtu (Metric Million British Thermal Unit) — since 2008.

Those are some serious gains. What’s driving the change?

How much time do you have? Understanding how oil and gas prices move is complicated. While Canada has long been an energy leader, these are also global commodities, which means prices rise and fall based on things that happen across the globe, including weather events, politics and even environmental legislation. Commodity prices are based on supply and demand — if people want something but there’s not enough of it to go around, then the price for that item will rise. Some experts say that carbon-reduction policies, such as shuttering coal plants and investing more in green energy, is making it more difficult to meet energy demand. While the transition away from fossil fuels is ultimately good for the environment there’s not yet enough renewable energy to pick up the slack, which is contributing to a supply and demand imbalance.

Are you saying more people want oil and gas today?

That is a big part of why prices are rising. For most of the last 18 months, we’ve been stuck at home. Now, people are going back into their offices, driving to restaurants, taking trips and doing all the things they used to do with their cars. The Federal Highway Administration found that Americans travelled 11.5% more on roads in July 2021 from the same time last year. The Organization of the Petroleum Exporting Countries (OPEC) says that in 2022 global oil demand will top 100.8 million barrels a day, which exceeds 2019’s demand levels of 100.3 million barrels per day.

It’s the same with natural gas. While we’ve been using more power at home since the pandemic began, all of the other buildings that draw power — offices, malls, restaurants, and other non-residential real estate — weren’t operating at full capacity. That’s starting to change. The Northern Hemisphere had the warmest summer temperatures on record, which caused more air conditioners to run, using more power.

A lot of these issues have to do with the Organization of the Petroleum Exporting Countries (OPEC), an organization made up of 15 major oil-producing countries. OPEC is supposed to coordinate on petroleum policies and ensure oil markets remain stable. To do that, OPEC might decide to open the spigots wider when prices are high, and restrict supply when prices are too low. In 2019, these countries agreed to cut more than 800,000 barrels of oil production per day to help buoy prices. In July of 2021, OPEC said it would start gradually increasing production (though not as quickly as the U.S. would like), but it’s struggled to meet its targets, in part because countries such as Angola, Nigeria and Azerbaijan, which have underinvested in oil production and exploration capabilities, can’t raise their output.

At the same time, many companies around the world either went bust or stopped production during the recession, when low prices made it impossible for them to make any money. Only now are these businesses ramping up again and it takes a while to get going. In October, U.S. crude was at its lowest supply levels since November 2019.

What about natural gas?

Same story, essentially. Gas prices have been low for a very long time. Around 2008, the U.S. discovered how to get gas out of shale rock, which increased supply. During the COVD-19 pandemic, decreasing demand caused prices to drop so low many U.S. operations halted production. Another issue: Natural gas, when liquefied, can be shipped on boats to other countries. U.S. exports of what’s called liquefied natural gas (LNG) have already reached record highs in 2021 and growth should continue into next year. According to the U.S. Energy Information Administration (EIA), U.S. LNG exports are growing faster than domestic production, which is draining inventories.

And this is why we’re paying so much more at the pump?

Yup. As you probably know, oil prices and gas prices (the car-filling kind) tend to rise and fall with each other. In October, the average gas price in Canada topped $1.45 per litre — a new record. This means you’re shelling out a lot more for gas than ever before.

So is that the biggest impact to my personal finances?

That’s probably the most noticeable impact, but your heating costs are likely going to rise, too. In September, Enbridge, which heats more than 75% of Ontario homes, said it was increasing its gas rates, which would add anywhere from $7 to $44 per year to its customers’ bills. The prices of other items could rise, too. If shipping costs climb because of higher gas prices, or a store’s heating bill goes up, there’s a good chance those extra costs will get passed on to you.

I own some energy sector stocks. Can that make up the difference?

We like how you think. Over the last 12 months, the S&P/TSX Capped Energy Index, which tracks Canada’s energy sector, has climbed by an incredible 134%, compared to a 30% gain for the overall S&P/TSX Composite Index. So there’s a good chance that the companies you hold have experienced some strong gains. If you prefer holding Exchange-Traded Funds or mutual funds, then you may see some benefit, too. The energy sector accounts for 13.1% of the S&P/TSX Composite Index — the second-largest weighting next to financials — which means anyone holding a broader-based Canadian fund will likely have made money off the sector’s gains. (In 2020, the S&P/TSX rose by just 2.2%, in part because energy stocks were down by 37% that year.)

Are these stocks too expensive now that everyone’s jumped in?

That’s a good question. Usually when stocks rise this quickly, they become expensive, which means the stock price, in part driven by enthusiasm for a company, may be higher than it should be given its fundamentals and future earning potential. Oil and gas are tricky, because many investors are turning away from these stocks in favour of renewable energy. That’s yet another reason why prices are rising — foreign and institutional investment into fossil fuel production is declining, which makes it harder to expand and introduce more effective technologies. Some climate-focused investors are now wondering how best to transition to a low carbon economy, while ensuring there’s enough oil and gas to provide power in the meantime.

Would you pay to invest in a company that’s in an out-of-favour sector? The answer would usually be no, but is energy really out of favour? One of the complexities here is around renewable energy production: A lack of wind in the North Sea this Fall made it difficult for the region’s wind turbines to move and produce energy. The U.K. then had to fire up its gas and coal plants to make up the shortfall. Until the world has a reliable source of renewable energy, it looks like oil and gas will stick around.

Given how undervalued these stocks were in 2020 (and even before then), they have a lot of ground to gain. One Morningstar Direct analyst recently wrote that energy stocks remain undervalued in part because people are underestimating just how much these commodities will be in demand over the next several years. Still, stocks can be risky and energy stocks can be particularly volatile. A skirmish among OPEC members could cause oil prices to swing wildly. Another lockdown could rapidly reduce demand. A hurricane could force oil production to halt. Any of these things could impact stock prices.

What impact could this have on my other holdings?

Potentially a lot. If all of the businesses that rely on oil and gas pass down the increased costs to their customers, then people may decide to stop spending. That would lower company earnings and, ultimately, stock prices. Eating those increased costs could depress earnings, too. In fact, the entire global economy could struggle if prices get too high, as there comes a point where it becomes too difficult for companies and consumers to handle the increased costs. Recently, a global fertilizer company that uses a lot of natural gas in its production process closed two plants in northern England when it became too expensive to continue operating. So, while your energy stocks may do well, others may not. This is why holding a diversified portfolio of stocks and bonds across sectors and geographies can be a hedge against climbing prices — some of your securities will fall if markets go awry, but others should hold steady or even may increase in price.

So, what should I do now?

Consider looking at your investments to see how energy prices might be impacting your portfolio. Do you have a lot of exposure to stocks that rely heavily on oil and gas and could their own production costs rise? Are there any high-quality energy companies that may be a good addition to your portfolio? At the very least, save up some extra change to cover your higher gasoline costs.