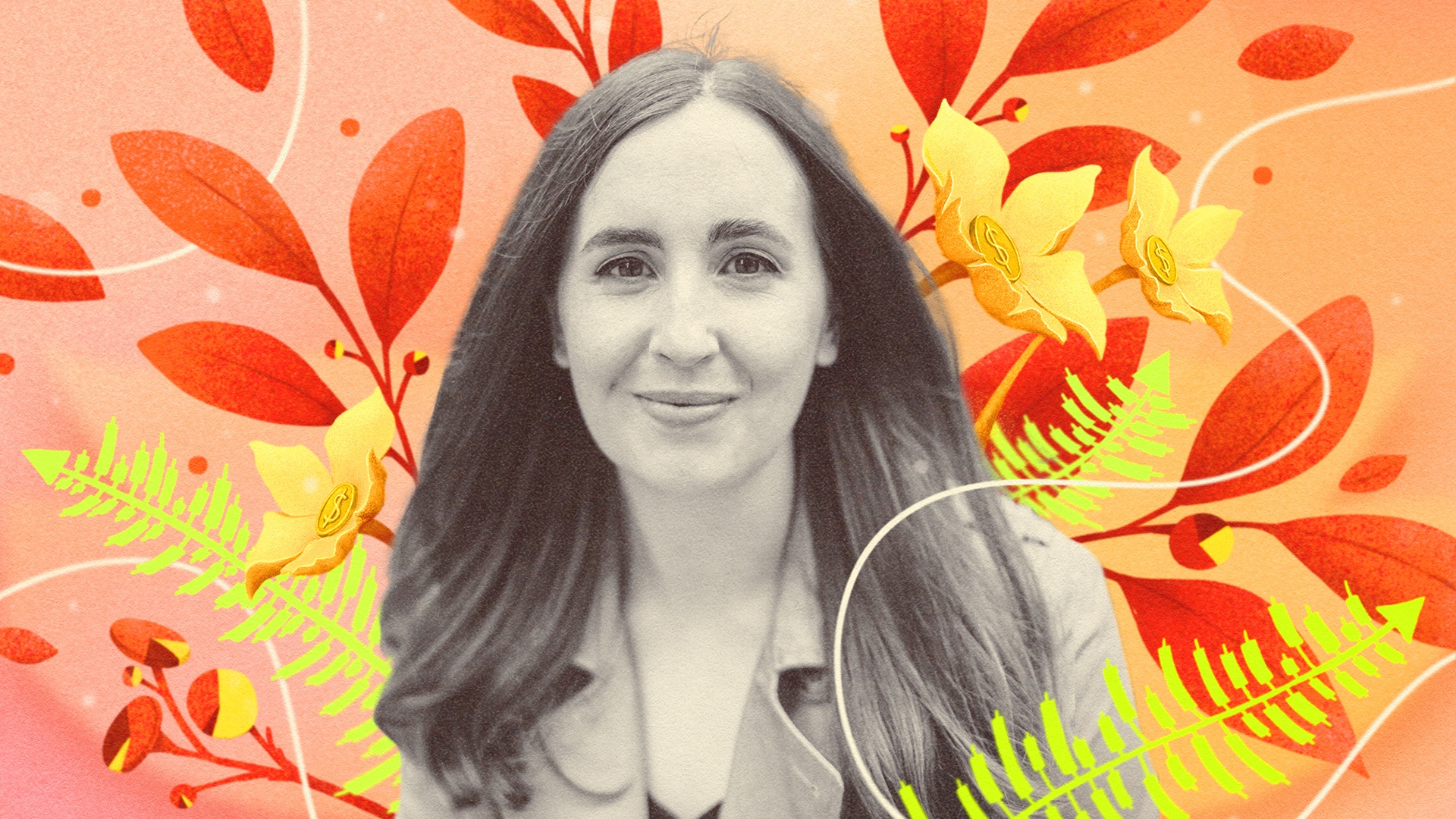 The U.K.-based author of Five Steps to Financial Wellbeing spoke to MoneyTalk DIY editor Susan Prince about her path to paying off nearly $40K in debt, her recent ADHD diagnosis and why financial literacy and emotional literacy should go hand in hand. 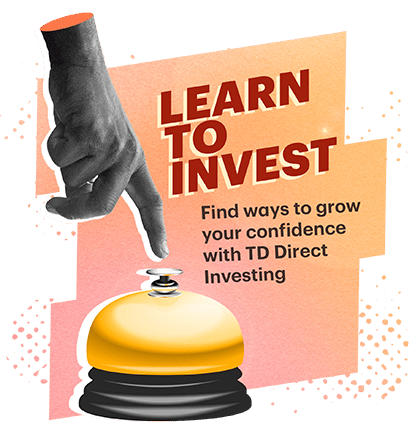 By the time Clare Seal was 28, she had amassed more than $40,000 in credit card debt. Not only did she create a plan to pay down the debt — she succeeded. To hold herself accountable along the way, she documented her achievements and setbacks on Instagram under the alias @myfrugalyear. Her first book, Real Life Money, is part memoir and part guide for people in the same situation. Seal’s latest book lays out five steps to change your relationship with money for good. The first thing she says we should do is separate the idea of morality from our money.

MoneyTalk: This is your second book in about 18 months. Your first book — which you wrote when you were 28 — was about finding your way out of nearly $40K (UK£27,000) of debt. What prompted you to write Five Steps to Financial Wellbeing?

Clare Seal: I think the genesis of Five Steps to Financial Wellbeing was I wanted to write something that was not necessarily just for people who had found themselves in a difficult situation. This book offers a slightly different way to think about money, and a different way to have a relationship with money. It was about treating money as a currency in your well-being rather than seeing it as the be-all and end-all, which is not healthy. But also without ignoring it completely, which is also not healthy. So [it’s about] how to find that sweet spot and start seeing money as a component of your well-being.

MT: You pose the question: “When is moralizing about money going to end?” Can you talk a bit about why this has become such a hurdle on the path to well- being?

CS: All of that moralizing centres around judgment and a lack of understanding of people who struggle a bit more with money, people for whom money management doesn’t come naturally. For example, in January, at 32 years old — this is after I wrote the book — I was diagnosed with ADHD. Many things about why I found things like managing money difficult, or how I managed my relationship with food, really started to make sense to me. But I felt, gosh, nothing in society is geared towards me and the way that my brain works. I think a lot of neurodivergent people find that to be true — whether they have ADHD or autism or both. And also just different personality types, different skill sets. You know, everybody is different. But being “good with money” is seen as something that’s really virtuous. Any sort of overspending or not being careful is like an indictment on your character. It tends to be more focused on people who are earning an average amount and perhaps not spending it in the way that another person might choose to.

The other thing is that moralizing money is not helpful for anyone. All it serves to do is make the person who considers themselves to be better with money feel superior. Making someone feel bad about their relationship with money, or the way that they spend or the fact they have debt doesn’t tend to inspire positive action, you know?

My approach in my writing and in my coaching practice is always to help people to understand their relationship with money and understand their behavior, and why they might do the things that they do, or why they might have done the things that they’ve done, rather than bringing anything moral into it. And that’s why I quite like a neuroscientific approach to these things because it takes morals out of the equation and it focuses on the reasons behind the behaviour.

CS: The first step for me — and it sounds really simple — is just actually engaging with money in a bit more of a consistent way and not so sporadically. My relationship with money in the past was very much based on kind of ignoring it until it gets really, really bad and then doing the bare minimum that you need to to get out of whatever scrape you’re in at the moment.

I started with a clear mission, which was to try and pay off quite a large sum of debt. From then on, I tried to apply the same principles to the other financial goals that I had.

Not being too hung up on perfection is a big thing for me because the moment something’s not quite perfect, my instinct is to throw it all out and start again. And you can’t do that with many things in life. You certainly can’t do it with your relationship with money [or] your bank balance.

A big thing for me is mindful spending. So I’m doing a number of things. I do try and be a bit more mindful about my spending.

MT: What does mindful spending look like for you?

CS: There used to be a lot more steps to the buying process. You had to go into the bank when it was open to get paper money, go to the store, buy the thing and then carry it home or find some way of transporting it. Slowly over the years that has morphed into…I can see something, want it, tap it and have bought it in under a minute. Advertisers and retailers call this removing friction. But we need that friction there! We need time to make good, mindful decisions. My big thing about feeling connected to my money is to try to add a bit of that friction back in. One way is by waiting at least 24 hours before buying anything significant. Delayed gratification is a really important component of mindful spending.

Another practical step? I don’t go on any online shops after 9 p.m. because I know that’s when I’m tired. That’s when my judgment’s maybe a bit impaired, and sometimes quite late in the evening I’m bored and looking for stimulation. If this is something that you’re really struggling with, you can remove your instant payment details from your devices as well. Quite often by the time you sort out your cards and [have] typed in the number, you realize that you don’t necessarily want the thing.

MT: One of the steps you talk about — and I find interesting — is the intersection between practicing gratitude and how that becomes helpful in building a savings habit.

CS: One of the things that I try to really emphasize in the book is that some of the ways you can improve your relationship with money don’t really have anything to do with money. Instead it is about strengthening all of the supporting muscles.

Gratitude is a really big, big thing because how can you ever feel like you have enough if you’re not grateful for what you’ve got? So much of this is about resisting that lifestyle creep that happens really naturally as we progress through our careers. A really big help is being able to say, “This is OK. I would have killed for this 10 years ago — and this is actually enough for me.”

Having been through the journey of accruing and paying off a staggering amount of debt, my partner and I have just bought our first house. A really big thing in my gratitude practice is just thinking “[Wow], I never thought that we would be able to buy a house. I thought we would never be able to do this. I cannot believe that I get to walk around within these four walls and, as long as I keep paying my mortgage, no one can kick me out.”

I find it very difficult to sit down and think to myself how grateful I am. But every day I’ll say to my husband, or to my sister or to a family member something I am feeling grateful for. Some people feel they would feel silly saying it out loud, but I think it is helpful.

MT: Coming full circle for us, can you talk about how financial well-being became the key to setting bigger goals — ones you once thought were unattainable?

CS: My feelings of financial wellbeing are constantly in flux. I think that’s the case for everyone. Some days I feel better about money than others. Finding that [sense of] well-being enabled me to pay off my debt and shift around my priorities. And it got me into good habits.

I think there’s this big misconception that your motivation is at the beginning of whatever journey [you’re on]. Whether it’s a fitness goal or a diet or budgeting, [you might assume] it will automatically translate into habits. But that’s not the case. That’s why I pulled habits out as a step in itself, because motivation will only get you so far. When you get bored or that motivation is needed for something else, and you haven’t developed habits around that thing, you’ll just stop doing it.

So I’m developing those habits. They really carried me through to the next steps. When you are in the thick of it and you’re finding money difficult, you can only think from day-to-day. But once you’ve developed that solid foundation of financial well-being, you can actually look forward and plan and set goals.

This interview has been condensed and edited for clarity and length.

The curious investor: How to research stocks and think like an analyst 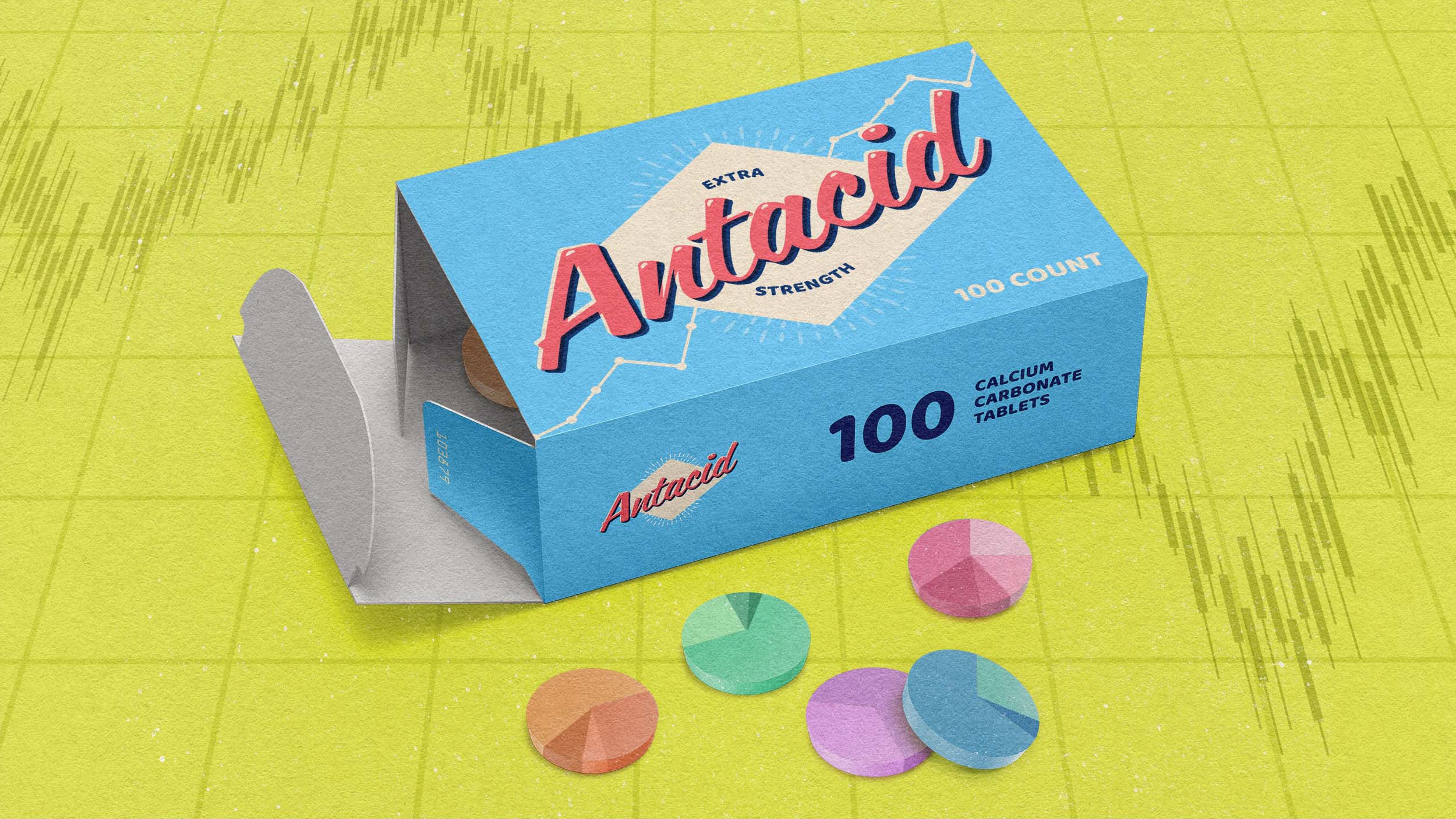 Gut check: A guide to our investing urges 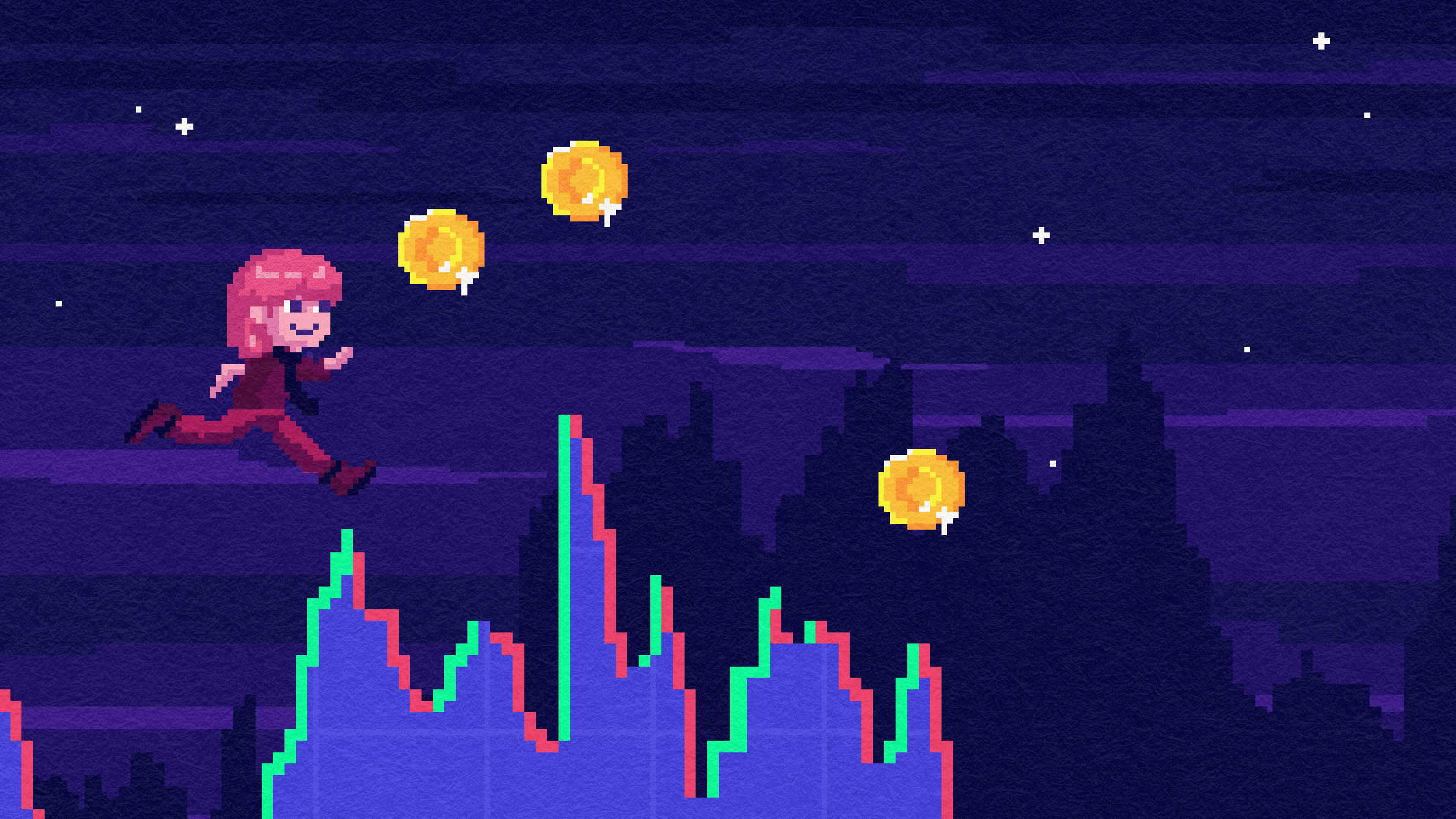 What does gamification actually mean? 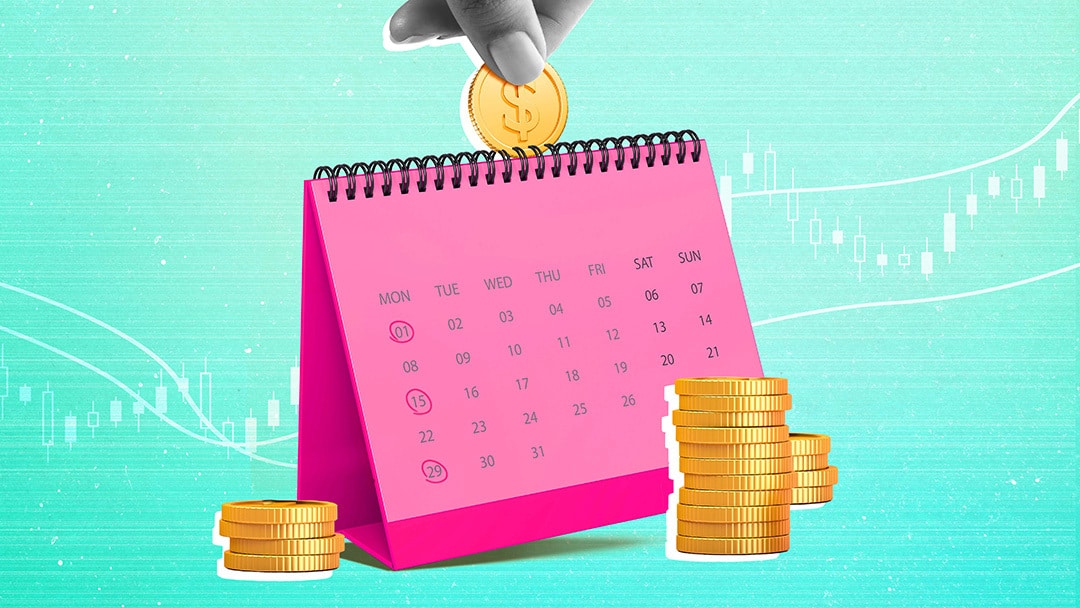 What is Dollar-Cost Averaging?
DISCLAIMER: The information contained herein has been provided by TD Direct Investing and is for information purposes only. The information has been drawn from sources believed to be reliable. Graphs and charts are used for illustrative purposes only and do not reflect future values or future performance of any investment. The information does not provide financial, legal, tax or investment advice. Particular investment, tax, or trading strategies should be evaluated relative to each individual's objectives and risk tolerance.TD Direct Investing is a division of TD Waterhouse Canada Inc., a subsidiary of The Toronto-Dominion Bank.All trademarks are the property of their respective owners.® The TD logo and other trade-marks are the property of The Toronto-Dominion Bank.